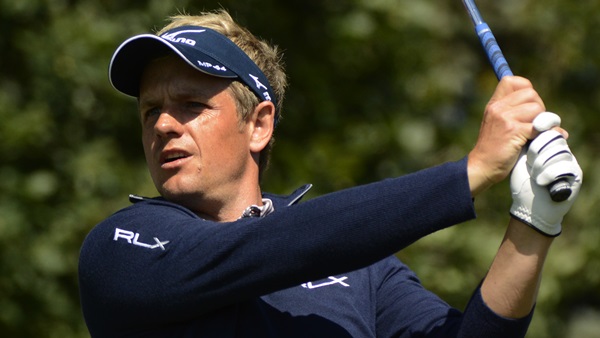 SUN CITY, South Africa – Lightning halted the first round of the Nedbank Golf Challenge and Luke Donald’s rapid start at the 30-man invitational on Thursday.

Donald opened with a birdie and an eagle on his first two holes and was 5 under after 11 when a second interruption for lightning caused players to come off the course for good.

The former top-ranked Englishman is two ahead of Jamie Donaldson and Thomas Bjorn. Donaldson played 12 holes, while Bjorn was 3 under with three birdies in six holes.

Playing for the first time since ending last season with the FedEx Cup and European money list titles, Henrik Stenson was 1 under after seven, with six straight pars after a birdie on No. 1.