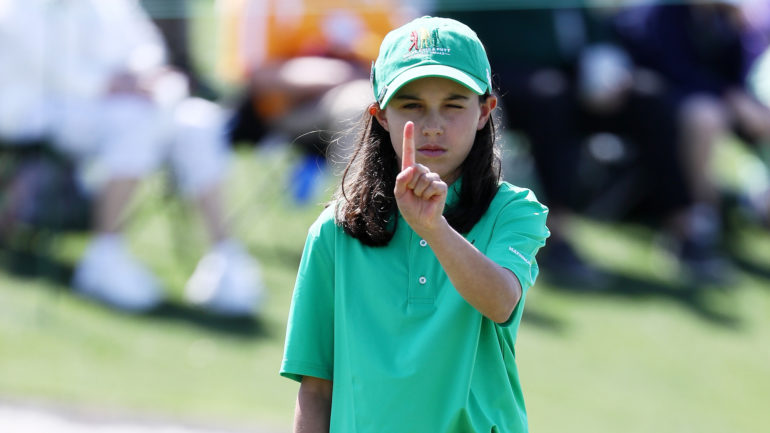 Borovilos is hoping for a repeat celebration this year.

“I’m not sure how old he is, but I didn’t expect that,” says Borovilos with a laugh from her home in Toronto. The Borovilos family flies to Augusta, Georgia on Friday.

“After I won I felt like something got lifted off my shoulders. I was just relieved and happy.”

Playing in her third championship in 2018, Borovilos, who also competed in 2015 and 2016 (she finished 4th and 5th, respectively) became the second Canadian to win a division at the Drive, Chip, & Putt Finals. In 2017 Savannah Grewal captured the Girls 14-15 division.

Borovilos credits her intensive, but fun, practice regime for her success a year ago.

She attends Hollycrest Middle School in Toronto, where she is part of an elite athlete program that allows her to finish school early each day, and she plays out of Credit Valley Golf and Country Club, coached by the Director of Instruction at the Mississaugua, Ont. course, Doug Lawrie.

She says she’s been working with Lawrie on getting her swing looking good for the national finals competition, and specifically on the landing spots for her chipping.

“The driving range is 40 yards wide, but it seems a lot closer together when I’m actually up there,” admits Borovilos, 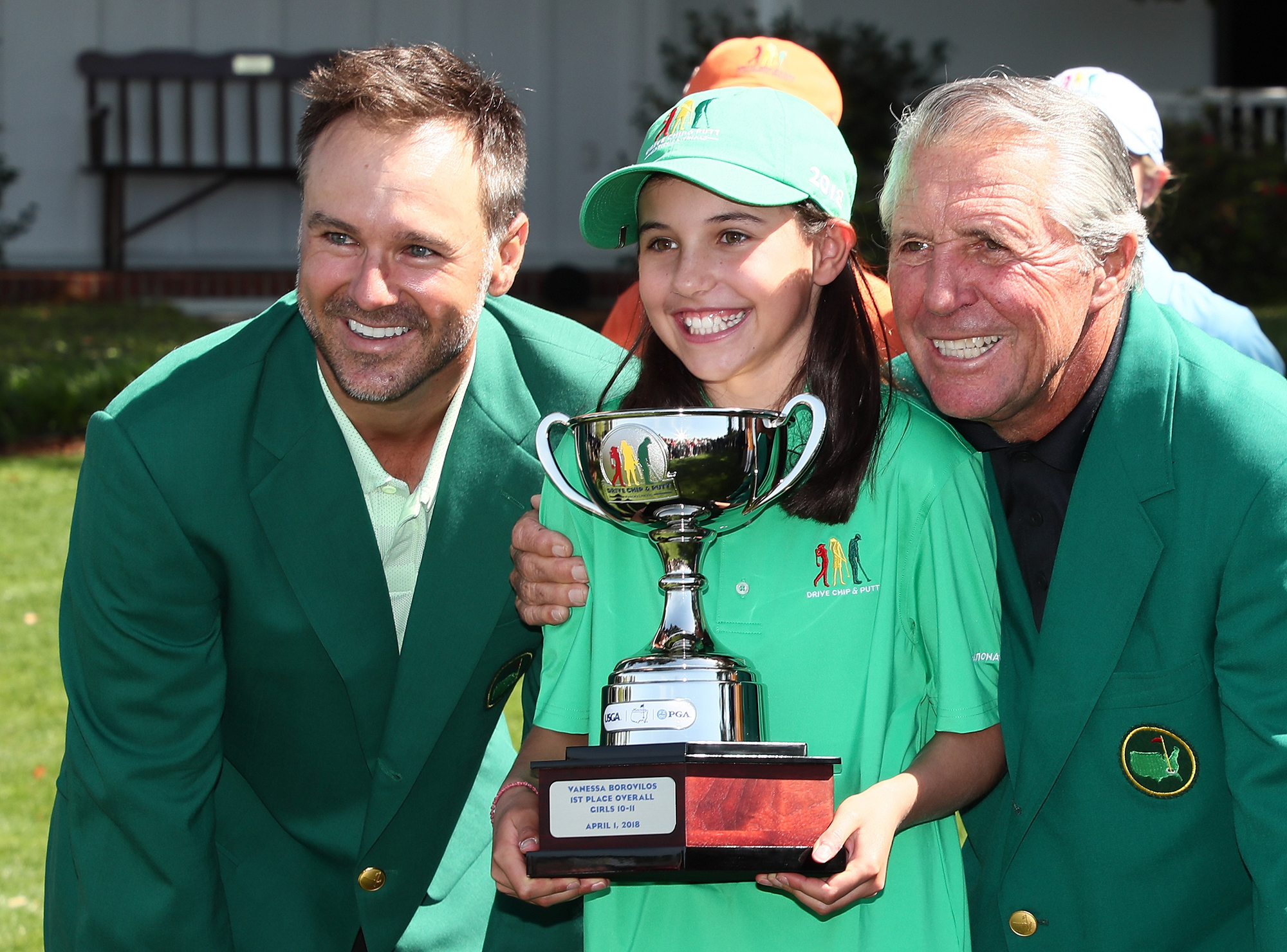 The past participant of Golf Canada’s Future Links, Driven by Acura – the Canadian equivalent to Drive, Chip & Putt – said Brooke Henderson continually inspires her as she looks to try to win another title this weekend.

“She can really focus on shots that matter. When she won the CP Women’s Open I was watching, and she made every shot count,” says Borovilos, who wants to join Henderson on the LPGA Tour one day.

A year ago, Henderson told The Canadian Press after she finished up the final round of the ANA Inspiration she watched Borovilos win her title at the Drive, Chip & Putt finals.

“Who knows,” said Henderson, “maybe I will see her out here on the LPGA (Tour) one day.”

There are four other Canadians participating in this year’s Drive, Chip & Putt Finals at Augusta National but Borovilos is the only return competitor.

Local qualifying was held at more than 250 sites throughout the U.S. last summer for the 2019 event. There were 50 subregional qualifiers, and then just a handful of regional qualifiers at some world-class courses like TPC Sawgrass, Torrey Pines, Chambers Bay, Whistling Straits, Bellerive Country Club, and Winged Foot Golf Club (where Borovilos competed) – major championship venues, all.

As one of the top finishers from each regional site’s age/gender division – a total of 80 finalists – earned a place at the National Finals at Augusta National.

Borovilos says it was important for her to return, and she’s happy to have the opportunity again this year.

“I practiced really hard to get there,” she says. “There’s a lot of great competition I had to go through to get there, so I’m really happy to be going there again.”