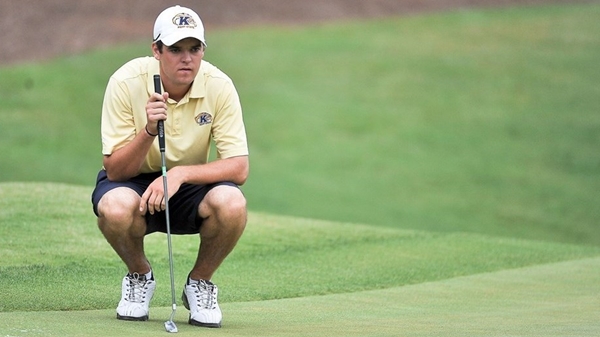 Conners, a Listowel, Ont. native, finished at 11-under par (72-67-65-73) thru 72 holes. The 21-year-old’s play was highlighted by a third round hole-in-one on the par 3 12th – the fourth of his young career. The ace boosted Conners to a tournament low 65, good for a six stroke cushion heading into Sunday’s final round.

The Kent State senior went on to shoot 73 and capture his second title in three years (he won it back in 2012). His final year now features three NCAA titles – he won the General Hackler Championship and Davidson Invitational earlier in the season. Along with his NCAA victories, Conners took home the prestigious Jones Cup in February, one of the highest ranked amateur events in the world.

Taylor Pendrith, also a member of Team Canada, finished runner-up behind Kent State teammate Conners at 6-under par. Pendrith, a native of Richmond Hill, Ont., was the only player to shoot under par in each of the four rounds. The long-driving senior won last year’s title, making this the third consecutive year a Canadian has won the MAC medalist honours.

Conners, Pendrith and the Golden Flashes will look to continue their success next week at the NCAA Regionals from May 15-17.