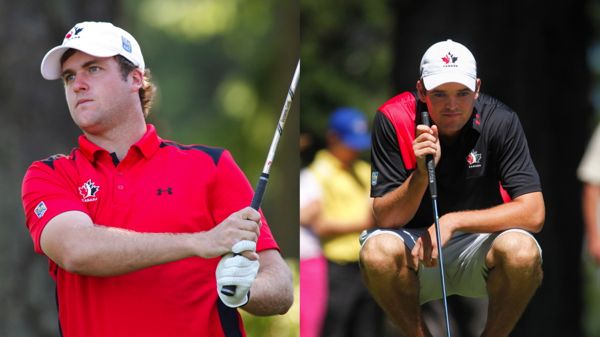 Thirty golfers have been named to the Ben Hogan Award Watch List including Canadians Corey Conners of Listowel, Ont. and Taylor Pendrith of Richmond Hill, Ont.

The Ben Hogan Award is the most prestigious award in men’s college golf and is presented annually to the top men’s NCAA Division I, II, III, NAIA or NJCAA college golfer taking into account all college and amateur competitions during a one-year period.

Both in their senior year at Kent State University, Conners and Pendrith have excelled on the collegiate and national level. Conners is currently the highest ranked Canadian amateur in the world at No. 22, while Pendrith sits at No. 28.

Pendrith, 22, captured the prestigious 2013 Porter Cup and also finished tied for second at the Canadian Men’s Amateur Championship. This fall at Kent State, he finished runner-up at the Jack Nicklaus Invitational.

A list of 10 semifinalists, which could include individuals not on the current list, will be unveiled on Wednesday, April 16, 2014. On Wednesday, May 7, that group will be pared down to three finalists. The winner will be crowned at a black-tie banquet at Colonial Country Club on Sunday, May 18, prior to the start of the PGA TOUR’s Crowne Plaza Invitational at Colonial.

For the complete listing of the 30 players named to the Ben Hogan Award Watch List click here.