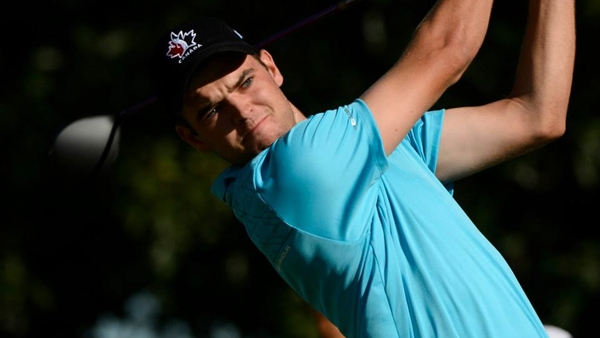 SEA ISLAND, Georgia – Team Canada’s Corey Conners continued his strong play in Georgia, carding a second-round 73 to remain in the hunt heading into the third and final round of the Jones Invitational.

Conners, a Kent State senior, is one of four players tied for fourth place at Ocean Forest Golf Club. The 21-year-old of Listowel, Ont. native was a model of consistency Saturday, recording 15 pars on the day. He is 1-over par, chasing the lead held by three others at even par.

National Team member Adam Svensson slipped down the leaderboard into a tie for 20th. The  Surrey, B.C. native was hurt by three consecutive bogies on the back nine to finish with a 3-over 75. The 20-year-old is now 5-over par through two rounds of play (74-75).

Elmira, Ont. native Garrett Rank improved on his opening-round Saturday, carding a 2-over 74 after his opening round of 77. He moved up 13 spots to sit tied for 37th.

Victoria, B.C. native Kevin Carrigan had a difficult day. The 27-year-old slipped into a tie for 61st after recording an 8-over 80.