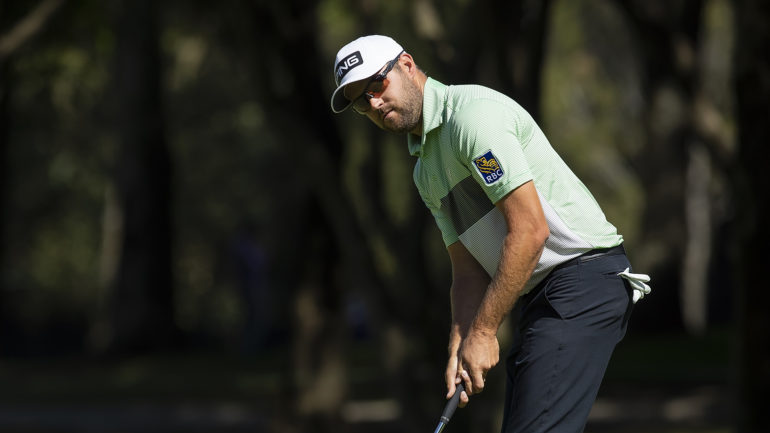 MEXICO CITY – Rory McIlroy switched back to his old putter for the Mexico Championship and it made a world of difference. It helps that he’s still hitting the ball like the No. 1 player in the world.

McIlroy ripped a 4-iron from 275 yards into the thin air at Chapultepec to 15 feet for eagle on his second hole Thursday, made five more birdies and opened the Mexico Championship with a 6-under 65 for a two-shot lead.

This is the only World Golf Championship that McIlroy hasn’t won as he tries to join Dustin Johnson as the only players to win all four of them.

Justin Thomas and Bubba Watson were at 67 while Canadian Corey Conners shot a 68.

Abraham Ancer of Mexico got some of the biggest cheers, especially when he ran off three straight birdies to overcome a rough start. He opened with a 70.

The course, at about 7,800 feet above sea level, is ideal for McIlroy the way he launched the ball.

But this was about his putting. He took only 26 putts and ranked No. 4 in the key putting statistic for the round.

He attributes that to his regular 34-inch putter. A week ago at Riviera, he tried a 35-inch putter to help get his shoulder and elbow in a better position. But he said it hurt with lining up the putts, and it cost him. McIlroy was tied for the 54-hole lead and shot 73 in the final round – including a triple bogey on the fifth hole – and tied for fifth

“It didn’t quite work out the way I want it to, so I went back to the 34-inch,” he said. “I just felt a little bit more comfortable today and was seeing my lines a little bit better. And yeah, it was a good day.”

As for swing? Efficient as ever.

The best example of his advantage was the par-5 15th hole early in his round. U.S. Open champion Gary Woodland, who hits low-trajectory bullets, caught it a little high on the face of the club and it came out low with little spin. McIlroy launched a rocket and was 55 yards past him.

McIlroy, the reigning hit 9-iron from 192 yards that set up a two-putt birdie. It was like that all day.

“I think with the fairways being so soft, as well, on a coule of the par 5s I teed it up high and sort of launched it,” he said. “And then even the drive on the eighth hole, getting it up and over the trees, I hit a 9-iron in there, where Gary and Tommy (Fleetwood) were hitting 6’s in. So that’s a pretty big difference.”

Woodland was even with him until a few mistakes on the front nine sent him to a 70. He’s not about to change his game for one week in high altitude.

“Rory likes to hit it up in the air,” Woodland said. “This golf course … I’m surprised he hasn’t won here because it suits up perfectly for him.”

McIlroy played nicely last year, finishing at 16-under 268, and lost by five shots to Dustin Johnson, another guy whom the course suits well – just not this year.

Johnson, who has gone a year without winning, opened with a 76, his highest opening round since the British Open at Carnoustie in 2018. His only birdie was on No. 1 after making the turn. He hit 3-wood on 303-yard hole to 8 feet and missed the eagle putt.

Chapultepec has plenty of scoring holes, but it’s easy to get out of position and the poa greens are every bit as difficult to putt as Riviera last week.

Not making it any easier was a wind with gusts up to 15 mph, unusual in the four years this World Golf Championship has come to Mexico City.

“You can go so low, but man, if you’re not playing well, you can shoot over par in a heart beat,” Thomas said. “It’s pretty tough to manage your score.”

Louis Oosthuizen, Billy Horschel, Bryson DeChambeau and Corey Conners were at 67. Conners was in position to keep pace with McIlroy until missing a 10-foot birdie on the 15th hole, and then missing the 18-inch par putt.

Watson arrived in Mexico in a good frame of mind after missing the cut in Los Angeles, where he said he hit the ball great but could make a putt. He stuck around for the weekend, called Justin Bieber and had a foursome of fun at Lakeside.

“Freed it up and just had some fun and realized I was in a good frame of mind,” he said. “Who cares about missing a cut, really? We’ve got other things to worry about.”

His only worry Thursday was wind and elevation, a tough combination.

Jon Rahm, who has a mathematical chance to reach No. 1 with a victory, didn’t make a birdie until the 15th hole and still salvaged a 72. Adam Scott, who won last week at Riviera, opened with a 74, along with Jordan Spieth.

Only 18 players from the 72-man field broke par.