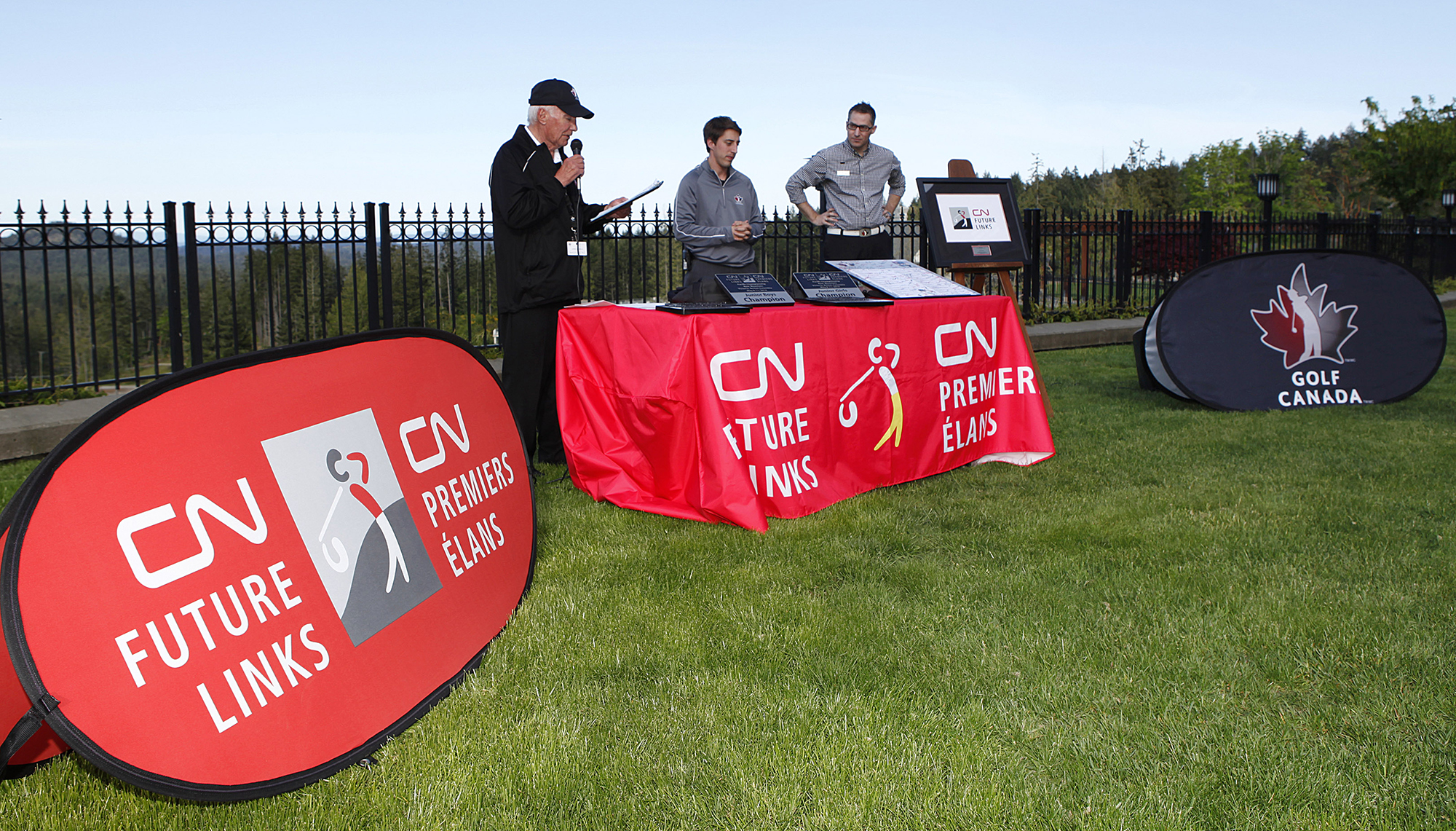 Golf Canada’s 2015 competitive season will begin with the Pacific edition of the CN Future Links Championships. Hosted at Pheasant Glen Golf Resort in Qualicum Beach, B.C., the competition featuring a field of the nation’s top junior-aged golfers will be held May 7-10.

The CN Future Links Pacific Championship is the first in a series of six junior competitions presented in partnership with CN. The 54-hole stroke play tournament will begin on Friday, May 8 following the previous day’s practice round. Set amongst expansive meadows, lush woodlands and the snowy peaks of Mount Arrowsmith, Pheasant Glen showcases the natural beauty and prestige of Vancouver Island.

“Golf Canada is pleased to open this year’s championship season at Pheasant Glen. The CN Future Links Championships are great platforms for Canada’s juniors to demonstrate their skills,” said Mary Beth McKenna, who will serve as the competition’s tournament director. “The Pacific Championship has always been an entertaining and exciting event and we look forward to seeing this strong field on display.

“With several past CN Future Links champions and Team Canada members in the field of competition, this year’s Pacific Championship will allow newcomers to measure their abilities against many of last year’s finest while established competitors will be able to gauge their progression and growth.”

Alex Francois of Burnaby, B.C., – the 2014 champion of this event – will be on-hand to defend his title. Team Canada’s Development Squad will be well-represented at the event with 10 of the 11 members in the field of play, split evenly between the junior girls and boys divisions.

The 2014 Pacific Championship at Bear Mountain Golf Resort in Victoria, B.C., concluded in thrilling fashion in both the girls and boys divisions. Former Development Squad member Valérie Tanguay of St-Hyacinthe, Que. prevailed in a playoff when West Vancouver’s Alix Kong narrowly missed a par putt on the first extra hole. Alex Francois ended the tournament with a steady round and managed to hold on for the Junior Boys title, despite a valiant charge from runner-up Jordan Lu, who carded a 2-under 69 to match the low round of the day.

The CN Future Links Championships, conducted by Golf Canada in partnership with  CN, demonstrate the National Sport Federation’s dedication to the growth and development of the sport at the grassroots and junior levels.

The top six Junior Boys from each of the six CN Future Links Championships will gain exemptions into the 2015 Canadian Junior Boys Championship. These 36 athletes will have the opportunity to join a full field of the nation’s best junior-aged players at Summerlea Golf and Country Club in Vaudreuil-Dorion, Que. from August 2-6. The six players to top the Junior Girls divisions of each of the CN Future Links Championships will earn entry into this year’s Canadian Junior Girls Championship. Should they be available to play, these 36 athletes will be able to move on to Deer Park Municipal Golf Course in Yorkton, Sask., from August 3-7 to play for the title of Junior Girls champion.