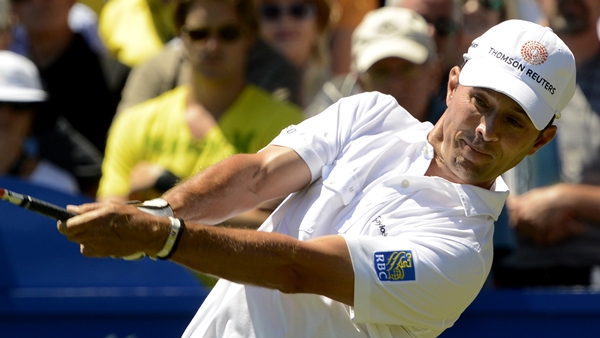 Mike Weir and coach Grant Waite have parted ways according to Waite via Twitter. The split garnered notoriety thanks to a blog by SCOREGolf’s Bob Weeks. You can read it here.

After spending a year and a half working together, the pair officially parted ways following the OHL Classic at Mayakoba in November of 2013. Weir made the cut in Mexico and finished tied for 75th.

On November 27, 2013, Weir fell short of officially announcing the split on his blog. But, in retrospect, perhaps there was a cryptic message in a blog posted on his site.

“I’ve made some fairly significant strides with my swing in the past 12 months and now when I step on to the tee, I no longer have any questions about how I’m going to swing or what I need to work on,” wrote Weir. “One thing about being where I am with my game this year is that I can now devote a balanced amount of time to my short game. In the past, I really had to spend the time on my full swing.”

Waite was brought on to work with Weir following an elbow injury he sustained during the 2011 RBC Canadian Open at Shaughnessy Golf & Country Club in Vancouver.

Waite turned pro in 1987 and secured his PGA Tour card two years later. He won on the Canadian Tour (now PGA TOUR Canada), the Australian Professional Golf Tour and on the PGA Tour before leaving professional golfer to coach.

Here are Waite’s tweets regarding the break up.

I have a number of people asking me about Mike Weir and his progress for this year. I no longer work with Mike since the end of last year.

Mike decided to go in another direction after Mayakoba. I appreciate the time we spent together over the year and half we worked.

Weir is relying on his last career money list exemption to compete on the PGA Tour this season. He’s made three of five cuts at official events and finished tied for 8th at the Franklin Templeton Shootout alongside partner Graham DeLaet. Of course, as a past Masters champion, he’ll also have a lifetime exemption to compete at Augusta.

CNN’s Shane O’Donoghue spoke with Gil Hanse, the architect behind Rio 2016’s Olympic golf course, for a progress report. Check out the interview below which includes some great aerial shots of the site under construction.

Charl Schwartzel didn’t win the Volvo Champions title at Durban Country Club in South Africa, but he did make the recovery shot of the year. During the 3rd round, Schwartzel hit this remarkable shot off the cart path, surrounded by trees to just five feet of the pin. Of course, the golf gods wouldn’t allow him to make the putt. The former Masters champ went on to tie for 15th at 3-under. 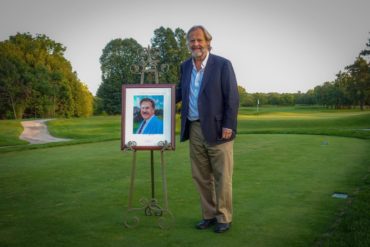