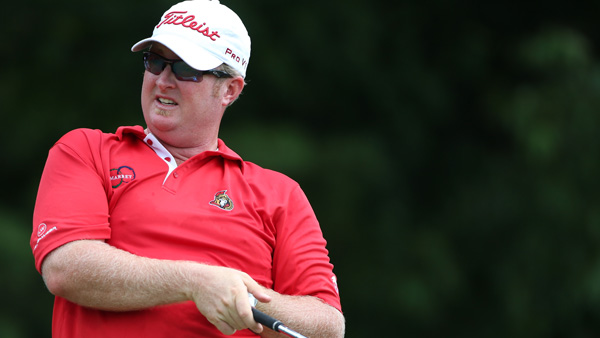 With 14 participants in the mix at this year’s 2nd stage of the Web.com qualifying, Canada is well represented.

Brad Fritsch, who had three top 10s on the PGA Tour last season, followed up his first round 70 at the TPC Craig Ranch in McKinney, Tex. with a 1-under par 71. The 37-year-old is currently tied for eighth with Kyle Scott of Decatur, Ga.

Lee began the week strong, firing a 3-under par 69 Tuesday, but gave all three strokes back in second round action, carding a 72.  He is tied for 23rd.

Pendrith, who turned heads with gargantuan drives at the 2014 RBC Canadian Open in Montreal, has struggled in his first two rounds (75, 73).  After making four bogeys and a double to accompany his five birdies in Rd. 2, the long-bomber is T46.

Just less than 500 km away at the qualifier in Kingwood, Tex, four Canadians have gotten off to a tremendous start and all sit within the Top 25 after Day 2.

Peterborough’s Ted Brown is 12th at 1-over after carding a 1-under 71 at Deerwood Golf Club Wednesday.  Devin Carrey of Burnaby, B.C. and Albin Choi of Toronto are one-stroke back of Brown, as both players are tied for 15th at 2-over.  Mackenzie Hughes of Dundas, Ont. (T22) is also in the mix, trailing Choi and Carrey by a shot at +3.

Meanwhile, Toronto native Christian Westhorpe shot a 5-under par 67 on Wednesday to finish tied for 8th at the qualifier in Florida.  His countryman Wilson Bateman of Edmonton is also in a good position, tied for 19th  after carding rounds of 69 and 71.

Both players have a good chance of advancing to the final qualifying stage next month if they continue to play well this week at Southern Hills Plantation Club.

Also in the field in Florida this week are Canadians Michael Gligic of Burlington, Ont., Christopher Ross of Dundas, Ont., and Matt Hill of Sarnia, Ont.

Hill, who won the Canadian Tour Order of Merit in 2012, is T47 with an accumulative score of even par after two days.