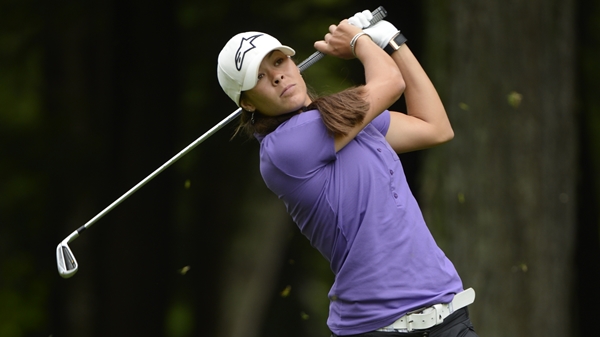 The event marks the first of three Canadian Women’s Tour events conducted annually across the country, featuring top amateur and professional players – from Canada and abroad – competing in a two-day 36-hole stroke play competition for a $60,000 purse.

Headlining the field will be Samantha Richdale of Kelowna, B.C., the reigning 2013 Jocelyne Bourassa Player of the Year and world No. 3 ranked amateur Brooke Henderson of Smiths Falls, Ont.

“We’re excited to get the 2014 Canadian Women’s Tour underway this year at Morningstar Golf Club with a very strong field that includes two champions from last season,” said Tournament Director Mary Beth McKenna. “This course should prove to be a solid test for some of the best up and coming professionals as they look to earn those coveted exemptions into the Canadian Pacific Women’s Open.”

Team Canada’s National and Development squads will be well represented at the B.C. Tour stop with Henderson aiming to continue a stellar 2014 campaign that has seen the 16-year-old capture the South Atlantic Amateur Championship and finish T26 at the LPGA’s Kraft Nabisco Championship.

“We are excited to be selected as the host venue for the season opening event on Golf Canada’s Women’s Tour and we are really looking forward to continuing the momentum of the tour at Morningstar Golf Club,” said Head Professional Kevin Oates. “ Previous events have been filled with superb play from a very strong field of competitors, and our golf course should once again provide a competitive challenge to all the players.  I expect exciting play from the competitors as they prepare themselves for the reward of an exemption into the Canadian Open.”

Five exemptions into the 2014 Canadian Pacific Women’s Open, an LPGA Tour event held August 18-24 at London Hunt and Country Club in London, Ont. are currently available to competitors. Exemptions are given to the winners of each of the two Canadian Women’s Tour events with two additional exemptions reserved for the top two competitors (not otherwise exempt) on the season-ending Canadian Women’s Tour Order of Merit.

In addition, the top five (previously the top 3) players on the Canadian Women’s Tour season-ending Order of Merit will be awarded direct entry into LPGA Stage-2 Qualifying.

The Tour’s second stop is scheduled for June 23-25 at Legends on the Niagara’s Battlefield Course in Niagara Falls, Ont. New for 2014, the PGA Women’s Championship of Canada presented by Nike Golf that runs July 29-31 at Firerock Golf Club in Komoka, Ont., will count as the third and final stop on the Canadian Women’s Tour. Points will also be awarded toward the Jocelyne Bourassa Player of the Year at the conclusion of the championship.

Total season prize money for the 2014 season is $180,000 (CDN) for three events, which includes the PGA of Canada’s PGA Women’s Championship presented by Nike Golf. Each 36-hole championship purse will be $60,000 with the champion being awarded a $10,000 winners’ cheque.

Conducted since 2002, many of Canada’s elite female golfers have used the Canadian Women’s Tour to hone their skills and develop as athletes both on and off the course. Canadian Women’s Tour alumnae Lorie Kane, Alena Sharp, Jessica Shepley, Isabelle Beisiegel, Stephanie Sherlock, Rebecca Lee-Bentham, Sara Maude-Juneau and Maude-Aimée LeBlanc have all used their experiences as Canadians on the Canadian development circuit as a catalyst to future successes. Other Canadian Women’s Tour graduates include LPGA notables Yani Tseng, Ryann O’Toole, Candace Schepperle, Sara Brown and Katy Harris.

For more information on the 2014 Canadian Women’s Tour, click here.