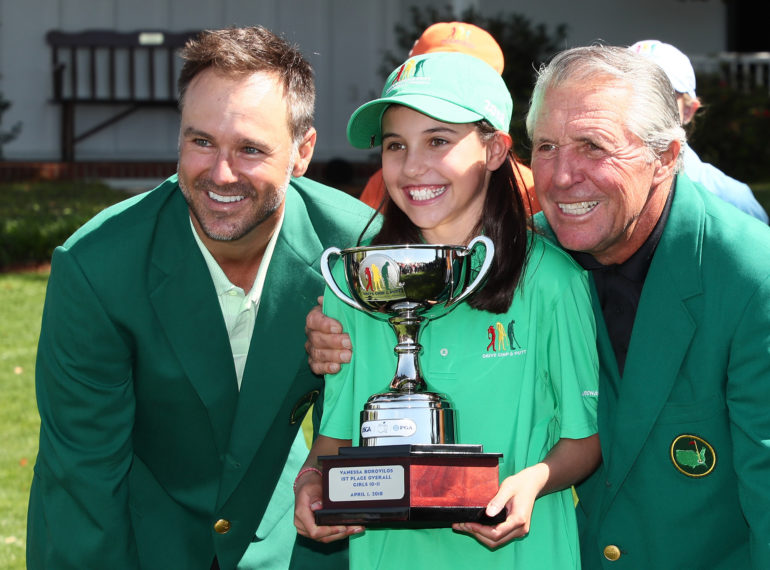 AUGUSTA, Ga. — The mantra of practice makes perfect was the storyline for Toronto’s Vanessa Borovilos on Sunday at the Drive, Chip & Putt finals at Augusta National.

Borovilos, playing in her third championship, won the Girls 10-11 age division by the slightest of margins with a one-point victory in the 10-player field.

“You have to practice a lot to win or to do well here,” said Borovilos in a greenside interview with Golf Channel.

Borovilos finished 5th in 2016 and 4th in 2015. She plays out of Credit Valley Golf & Country Club and credits Brooke Henderson and Jordan Spieth as her favourite athletes.

With the win, Borovilos becomes the second Canadian to win a division at the Drive Chip & Putt finals—Savannah Grewal captured the 2017 Girls 14-15 division.

Local qualifying began in May, June and July, held at more than 260 sites throughout the United States. The top-three scorers per venue, in each of the four age categories in separate boys and girls divisions, advanced to 50 subregional qualifiers in July and August. Two juniors in each age and gender division then competed at the regional level in September and October, held at some of the top courses in the country, including several U.S. Open and PGA Championship venues.

The top finisher from each regional site’s age/gender divisions – a total of 80 finalists – earned a place in the National Finals.