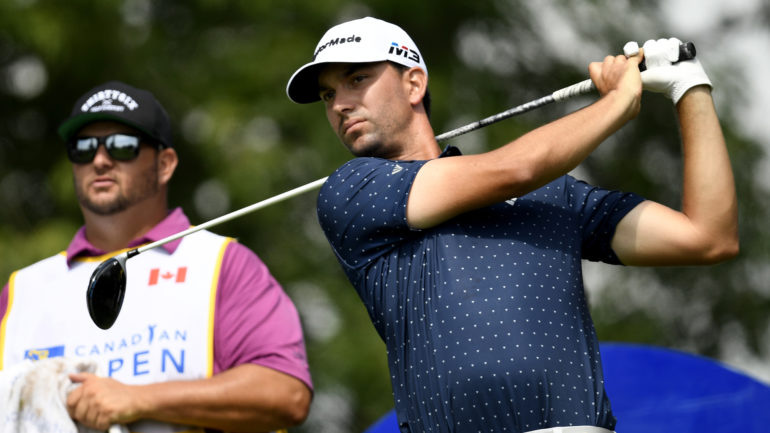 When Michael Gligic was 13, his mom took him to Glen Abbey Golf Club in Oakville, Ont., and told instructor Sean Foley her son wanted to take the sport more seriously.

More than 15 years later, Foley got great joy out of seeing a fellow Burlington, Ont., native record the greatest triumph of his roller-coaster golf career – making a spot on the PGA Tour next season a very strong possibility.

Gligic, 29, captured the Web.com Tour’s Panama Championship by one shot after shooting a 5-under 65 in the final round on Sunday.

“I’ve been a part of so many wins with players – wins of the U.S. Open or the FedEx Cup and they’re building their legacy – but that win (Sunday) … it’s been a long time since I’ve seen a win that literally could change the trajectory of someone’s life,” said Foley, a former instructor to Tiger Woods who now counts world No. 1 Justin Rose as one of his clients.

“If I said that to him six weeks ago, he might have thought in his heart of hearts (he’d) really not believe he could be, but now he’s just learned something you can’t teach people. When push comes to shove, you can do it.”

Gligic is the fourth Canadian in the last four years to win on the Web.com Tour – the feeder circuit to the PGA TOUR – following Mackenzie Hughes of Hamilton (2016), Ben Silverman of Thornhill, Ont. (2017), and Adam Svensson of Surrey, B.C. (2018). The top 25 at season’s end earn tickets to the PGA Tour, and Gligic – currently second – simply needs to stay consistent to finish in that group.

Hughes, Silverman, and Svensson are now playing on the PGA Tour.

But Gligic’s road to the top tour hasn’t been as smooth as some of his fellow Canadians.

He turned professional at 18, forgoing a post-secondary education to chase his golf dreams. He earned his Mackenzie Tour – PGA TOUR Canada card on his 19th birthday and won his first event four years later.

The win came the year before the Mackenzie Tour was brought under the PGA Tour umbrella, so he spent the next five seasons in Canada with only brief appearances on the Web.com Tour.

A breakthrough came at the end of last year’s Mackenzie Tour – PGA TOUR Canada season – he was named the Canadian player of the year – and earned a spot in the first eight Web.com Tour events through his position at the final stage of Web.com Tour qualifying school.

Now, all signs point towards Gligic joining the Canadian contingent on the PGA Tour.

“I’ve always known I’ve had it, but there are so many good players in golf,” Gligic said by phone from Panama before flying to Florida for this week’s Web.com Tour event.

“The one thing I get asked a lot is ‘What’s the difference between you and them ? the guys on the PGA Tour?’ My answer has always been the same. You can put the top 50 in the world on their own level, but then you put No. 51 in the world on the driving range with a Mackenzie Tour player, and you can’t tell who is No. 51 or who is on the Mackenzie Tour. I think that’s what has kept me going.”

Gligic grew up playing both hockey and baseball and was a goalie for 12 years. He wanted to be a pro hockey player, but after realizing he wasn’t going to make it (he had dropped baseball at that point), Gligic told his parents he wanted to practise golf indoors instead.

Gligic played only recreationally to that point, but then hooked up with Foley – the former instructor to Tiger Woods who now counts No. 1 Justin Rose as one of his clients.

He went to Florida with Foley, who was just starting his own career, and participated in an elite junior program before turning professional.

Gligic admits he wasn’t a standout junior golfer like Hughes, who is now a winner on the PGA Tour, but worked as hard as he could. He said it was “pretty cool” to have Foley text him Sunday night. Gligic was one of his first notable pupils.

“At the end of the day if you just keep working hard ? I believed it would all work out,” said Gligic.

Although Gligic said he’s had “negative thoughts more than anyone” about not playing golf, he has never given up.

He said he has considered getting a job outside of golf, and has seen friends both move on to the PGA Tour and leave professional golf entirely.

Foley is excited about Gligic’s future.

“Here’s a (29) year old who is just getting into the prime of his career, and Mike has probably shot 63 or 64 on the Mackenzie Tour more than anyone in the last decade, so I’ve always known his game was there. It was just the opportunity needed to be on the right tour,” Foley said.

“If he didn’t make it to the PGA Tour, I probably would have been disappointed because he’s just that good, really.” 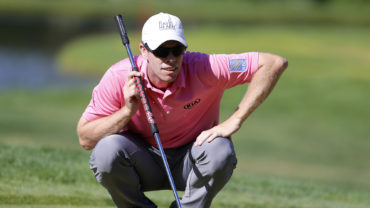 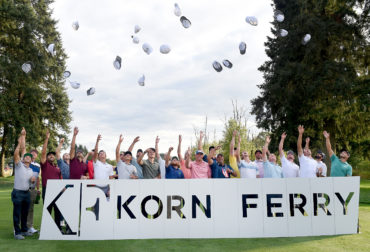