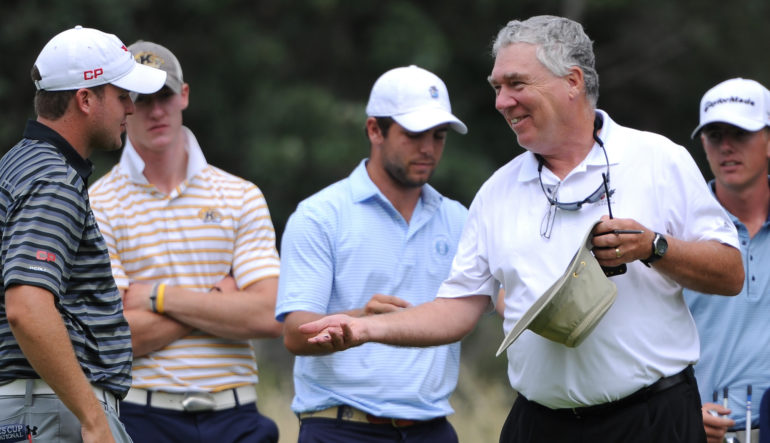 Although the logos of the USGA and the R&A dominate the wave of communications accompanying last week’s announcement of the proposed modernized Rules of Golf, picture a tiny maple leaf-shaped asterisk there as well.

Since 1952, when the separate Rules committees of the USGA and R&A came together to develop a single set of Rules, there has been a Canadian delegate on the Joint Rules Committee (JRC). This makes us unique in the world of golf as the USGA oversees the United States and Mexico and the R&A governs play in the rest of the world, with the exception of Canada.

For the past four years, that representative has been Dale Jackson of Victoria, B.C., in his capacity as Golf Canada’s Chair of Rules and Amateur Status. Although Jackson stepped down from his Golf Canada role at last month’s Golf Canada annual general meeting, he will continue to participate on the JRC for at least another year in the interest of continuity.

Jackson’s timing allowed him to be a part of golf history, witnessing the best Rules minds in the world blowing up the existing Rules and reformulating a new code consisting of just 24 Rules rather than the current 34. The last major shake-up of the Rules came in 1984; before that, there were significant revisions in 1899, 1934 and 1952.

But literally none of the previous episodes had torn the existing Rules apart like this one, which began in 2012 with what Jackson calls the “Rules Modernization Project Team” comprised of volunteers and staff from the USGA and R&A, plus representatives from the PGA Tour and European Tour. And Jackson, of course.

“The objective was to take every single line in the Rule book, every Rule, every note, every exception, and say, ‘How can we do this better? What makes more sense? What are the alternatives? What is the history behind this? Why does this exist?’”

In some cases, says Jackson, it was a case of “back to the future” in that the modernization project team found a former Rule was preferable to its modern version. Jackson points to the proposed Rule allowing the flagstick to remain in the hole while players are putting as a prime example. Until 50 years or so ago, that was permissible, but under the current Rule, if a player on the putting green putts the ball and it hits the flagstick while in the hole, he incurs a two-stroke penalty.

Jackson marvels not only at the incredible amount of time and energy poured into the project by all concerned, but the dedication and single-mindedness of everyone involved, no matter what organization they represented.

“Everyone on the team was pulling in the same direction,” Jackson says, “with the same goal: Make the Rules better, simpler, easier to understand, easier to apply on the golf course.”

While he says the proposed new Rules address most of the challenges faced by the modernization project team, one major bugaboo remains: the stroke-and-distance situation.

“Everyone, especially at the recreational level, realizes that hitting the ball out of bounds off the tee or hitting it out of bounds from the fairway and having to go back to play another stroke, especially on a busy golf course, is really difficult.”

Jackson says the modernization project team spent an inordinate amount of time searching for the answer and continues to do so.

“What we are hoping for is, by putting all this out there for anybody and everybody to review, that somebody comes up with a solution that works.”

Although the current Rules remain in effect until the new version becomes official on Jan. 1, 2019, golfers are encouraged to review them, play by them and provide comments and reaction back to the USGA and R&A by Aug. 31.

For details on the proposed changes in the Rules and to voice your opinion, visit www.usga.org or www.randa.org.