Canadian Adam Hadwin preparing for first appearance at the Masters 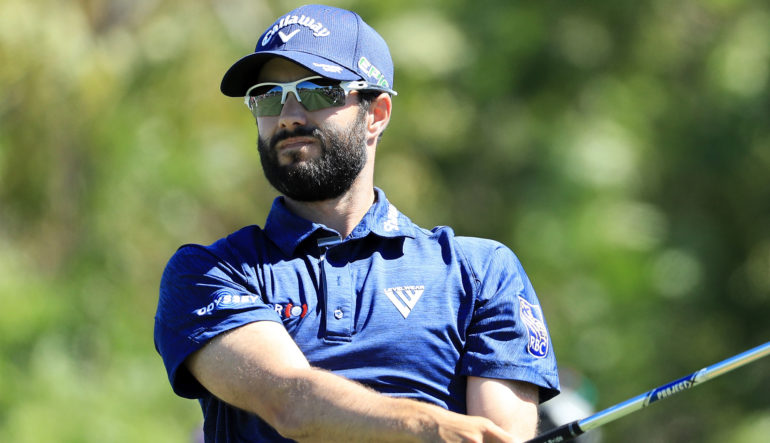 The whirlwind that was March has earned Canadian golfer Adam Hadwin a honeymoon in Georgia.

The 29-year-old from Abbotsford, B.C., captured the Valspar Championship on March 12 for his first career PGA Tour win. Hadwin got married less than two weeks later and Wednesday he and his wife, Jessica, closed on their new house.

But the couple isn’t jetting off to an exotic honeymoon destination. Instead, they’ll head to Augusta, Ga., where Hadwin will play in his first Masters at Augusta National Golf Club.

“She’s probably not as excited as I am,” Hadwin said Thursday during a conference call. “I think she would’ve rather been in Bora Bora right now.

“We’re both excited, it’s going to be a great week. A lot of fun and certainly we’re always going to remember the first one.”

Hadwin secured the Masters invite with the Valspar Championship victory, along with the US$1.134-million winner’s cheque. After earning $1.067 million last season, Hadwin has already amassed over $2.5 million in 2017.

He also carded a third-round 59 en route to a second-place finish at the CareerBuilder Challenge in January. Hadwin stands fifth in the FedEX Cup standings with 1,140 points and has four top-10 finishes in 11 events this year.

“But certainly it’s been quite a whirlwind last month.”

However, there’s nothing quite like preparing for a first-ever appearance at the Masters to provide much-needed focus and perspective.

“If I can’t get up and get ready for that I don’t know what event I’ll be able to do that for,” Hadwin said. “I think now everything is settled . . . and I can really start to focus my energy on next week.”

Hadwin plans to leave for Augusta on Sunday and has a practice round scheduled for Tuesday with PGA Tour veteran Mike Weir of Bright’s Grove, Ont. In ’03, Weir became the first – and only – Canadian to win golf’s most prestigious major.

“I haven’t started picking Mike’s brain yet,” Hadwin said. “I don’t want to wear him out before we actually play.”

Hadwin said his earliest Masters recollection was 1997 when at age 10 he watched Tiger Woods emphatically capture his first major. Woods, then 21, obliterated the field with an 18-under, 270 total for a commanding 12-stroke victory.

“This was Tiger in general for many, many years,” Hadwin said. “Just the way he, to not put it lightly, just destroyed the field.

Hadwin said there’s a sense of pride that comes with qualifying for the Masters.

“The way I view it is to get into the Masters you’ve had to do something special,” he said. “You have to be a top-50 player in the world, have finished the previous year in the top-30 in the Fed Ex Cup or you have to win.

“So it has this winners only, great players only type feel to it. I’m not downplaying the other majors by any stretch . . . I think it (Masters) has just a little bit of a heightened prestige around it.”

“I’ve made many a putt at sunset to win the Masters while practising,” he said. “But I’m not approaching it any differently than I have any tournament all year.

“I’m going there with confidence. I’ve had success against great fields. It’s just a matter of preparing the best I can and seeing where my game stacks up against the best players.”

Hadwin said he’ll have butterflies when he tees it up for real next week but expects it to be a good nervousness.

“I think a lot of that is nervous excitement,” he said. “My goal is to prepare well enough Sunday through Wednesday so when I stand at the tee Thursday I’m going, ‘OK, let’s win this tournament. I’m ready to go, I’ve got full confidence.’ ”

And that includes knowing when to play it smart.

“What’s made me successful this year is I stay aggressive but I’m very conservatively aggressive, if that makes sense,” he said. “When I feel comfortable with a shot, I’m aggressive and can play it.

“Otherwise, I just lay up and my wedges have been so good that I’ve got full confidence I can do either. That course can be scored on by doing both. I don’t set a gameplan at the start of the week saying I’m going to lay up on all par-5s or I’m going to do this in all the tee boxes. It’s strictly on a hole-by-hole, day-by-day basis.”