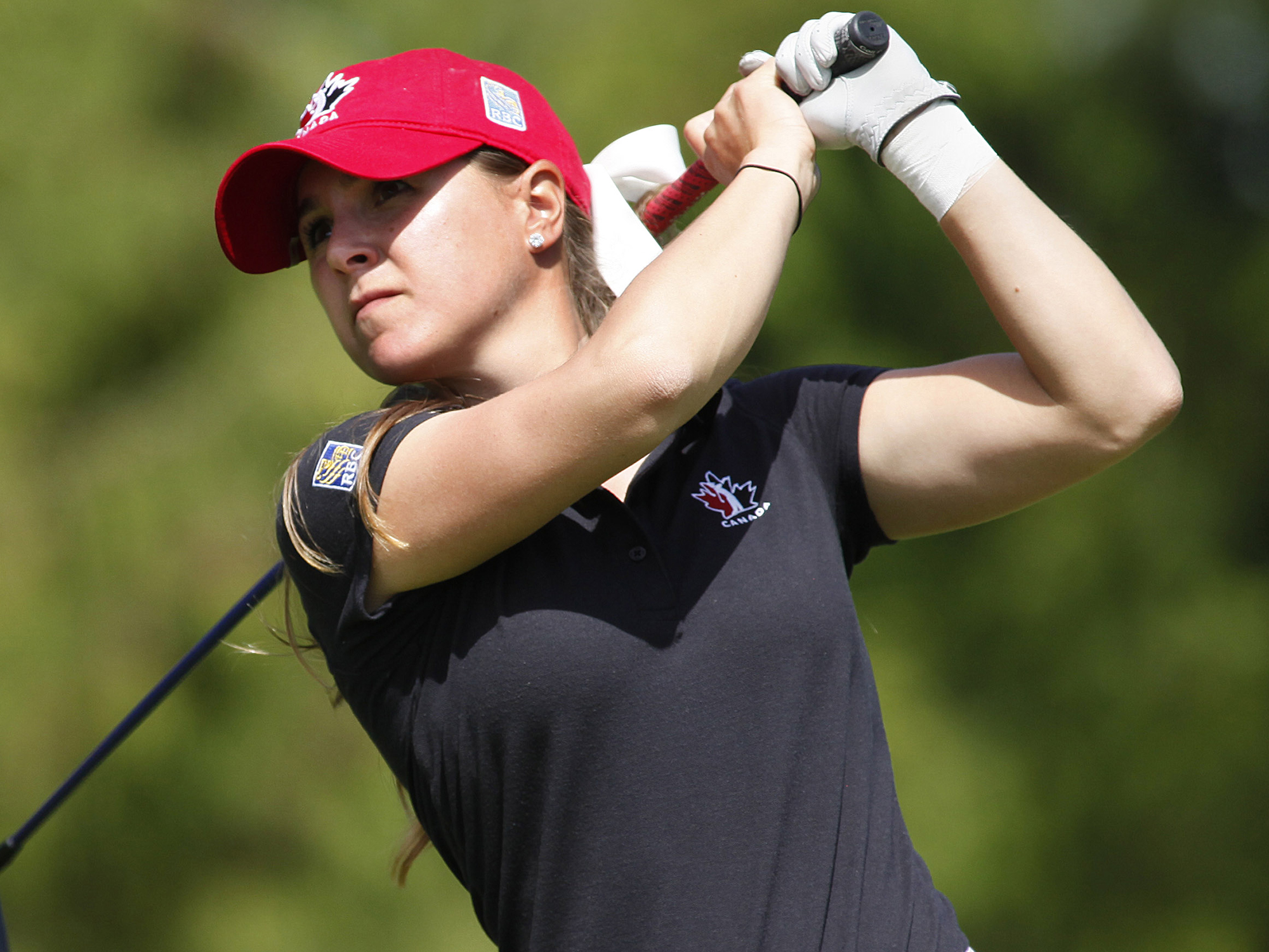 Tanguay set her personal career-low round to move to 10-under, 134. She takes a two shot lead into the weekend over France’s Celine Boutier. Through 36 holes at The Links at Stoney Point, Tanguay has 11 birdies and one bogey.

Her Young Pro Squad teammate, and first round leader, August James, from Bath, Ont., is tied for third with Rachel Rohanna, of Waynesburg, Pa., at 6-under par after a second round 70.

The 26-year-old, Tanguay, was aggressive from the start. She birdied one, three and five and turned in 31. After six pars to open her closing nine, she tallied birdies on seven and eight.

The round was made special because Tanguay’s mom, Lucie, and dad, Yvan, flew in last night to watch her play over mother’s day weekend.

“That made the round really special because I feel like they haven’t watched me play in awhile,” said Tanguay. “I told them that the putts were just waiting on you guys to drop so I’m really happy.”

The putts certainly dropped. She needed just 27 putts on the day after attempting 32 on Thursday when she posted a 69.

“It is always good to play well early in the week,” said Tanguay, who totaled 15 top 10’s at Oklahoma. “I want to stay aggressive the rest of the week and keep making birdies.”

Both Tanguay and James had a helping hand earlier in the week when working with Team Canada’s Women’s Head Coach Tristan Mullally.

“We worked a lot on shaping shots with my wedges and it really helped with my iron play too,” explained Tanguay, who has hit 33-of-36 greens in regulation so far. “I crafted shots and it felt like every yardage was a good yardage today. As long as I keep my driver in the fairway, we’ll be good to go.”

The 24-year-old James, who is looking for her first career Symetra Tour win this weekend, was leading after 18 holes of play.

She was solid Friday, getting as low as 3-under for the day, before making her lone bogey of the day on 15.

James, is currently 22nd in the Volvik Race for the Card standings, and is looking to improve on her 12th place finish in 2016.

“She has been so helpful for me, it just clicks,” said Tanguay. “I’m definitely making
better shots because of her and she is awesome. We talk every week about whatever is on my mind.”

Tanguay currently ranks fourth on the Volvik Race for the Card money list with four top 10 finishes this season. She has nine top 10’s in her career.