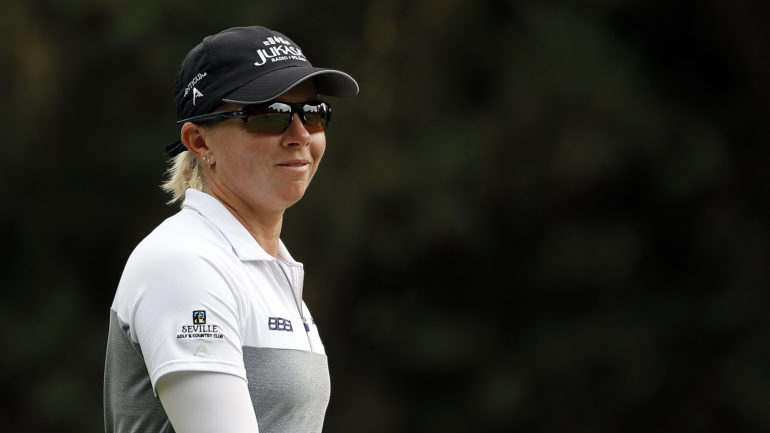 Alena Sharp wasn’t expecting an extra month of time off – but she’s glad to have it.

Sharp flew home from the ISPS Handa Women’s Australian Open on Feb. 16 after the LPGA Tour announced the cancellation of the Honda LPGA Thailand and the HSBC Women’s World Championship in Singapore. Those events, along with the Blue Bay LPGA on China’s Hainan Island that was scheduled for this week, were all cancelled over fears of spreading the new coronavirus.

That means that when the Volvik Founders Cup kicks off on March 19 in Phoenix near Sharp’s home, the Hamilton native and the rest of the field will have had four weeks off.

It turned out that Sharp’s trip home was timely, as she and her partner continued to mourn a death in the family and one of their dogs needed emergency surgery.

“It’s a long break, but it’s gone by kind of fast because I’ve been a little bit occupied with things. So, but it’s been nice to be home, honestly,” said Sharp, who turns 39 Sunday. “I’d love to be playing golf, but it’s kind of worked out to be able to be home to take care of our dog and then get some rest because the off-season was so short, so it might have been a blessing in disguise a little bit.” 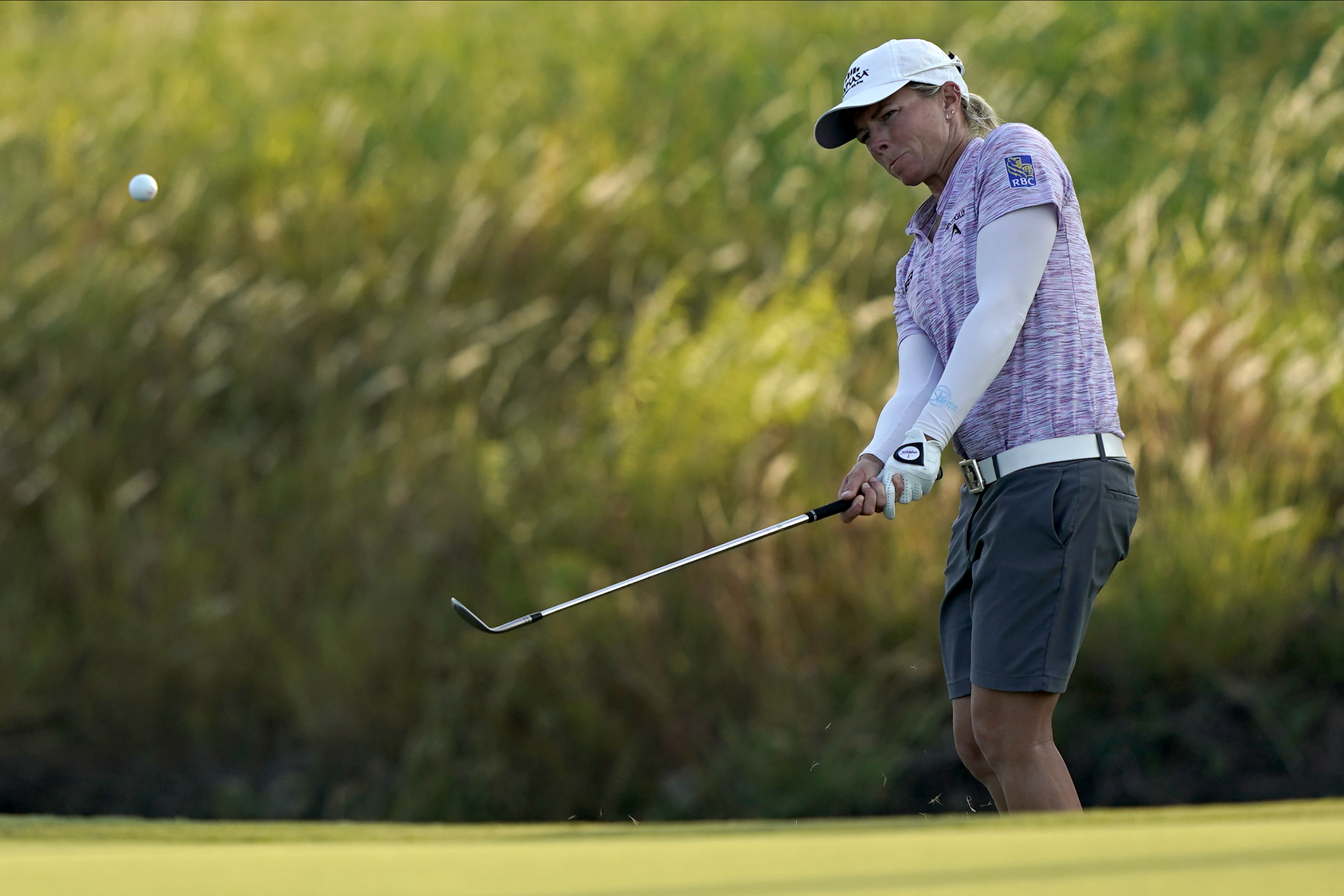 After taking just a few weeks off following the 2019 season, Sharp played in three tournaments to kick off the new year. She missed the cut at the Gainbridge LPGA at Boca Raton, Fla., in January, tied for ninth at the ISPS Handa Vic Open in early February, then missed the cut at the Women’s Australian Open.

Once Sharp had settled back home in Arizona, she started focusing on her golf again and making the most of the surprise down time. That meant regular rounds at Seville Golf and Country Club, her home course, consulting with coach Brett Saunders, and competing in a Cactus Tour event, a local professional women’s circuit.

“Even with all this time off I’ve been up on the course, like three hours a day, not five or six,” said Sharp, who prefers intense, high-quality practices over long meandering sessions. “I’m like, ‘OK, I’ve been done what I need to do, I don’t need to be grinding super hard right now. I still have two weeks. I’ve got to pace myself.’

“So next week, I’ll play maybe once with some of the members (at Seville) and then play in that Cactus Tour event. I think I’ll be ready.”

One benefit of the time back in North America has been that Sharp got to work in an impromptu visit to Saunders, who is based at Morgan Creek Golf Course in Surrey, B.C.

“All athletes are very competitive, they want to get at it as scheduled but in Alena’s case I think it’s really helped,” said Saunders. “She had a long season and she played well and she played a few extra events last year that and off the course she had a few personal issues so she didn’t really have an off-season.

“So this little break has helped. It enabled her to come and see me last week which was kind of unexpected and unplanned, but was nice to see her and get back on track, review and monitor the plan.”

Sharp travelled up to British Columbia rather than bring Saunders south to Arizona – she’s quick to point out the weather is better in the desert this time of year – but the coach has access to better swing analysis tools at Morgan Creek.

Thank you @BSaundersGolf for the fine tuning the last two day’s @morgancreekgolf Very cool to see some great changes and clean up my putting. Make a plan and blueprint and stick to it! Yellow is current. Blue is from Nov. 😁 pic.twitter.com/I5bzhjpIWp

“You can really see the work that I was doing,” said Sharp, who proudly posted a photo of her changed backswing to social media in a post thanking Saunders for his help. “It changed my position at the top, which is resulting in better ball striking.” 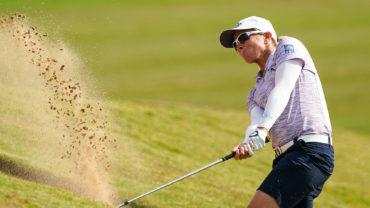 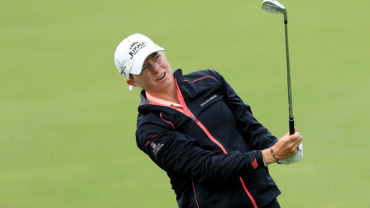 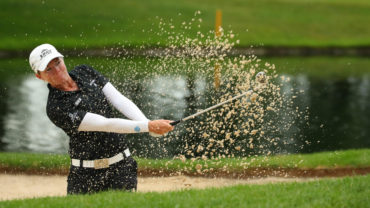