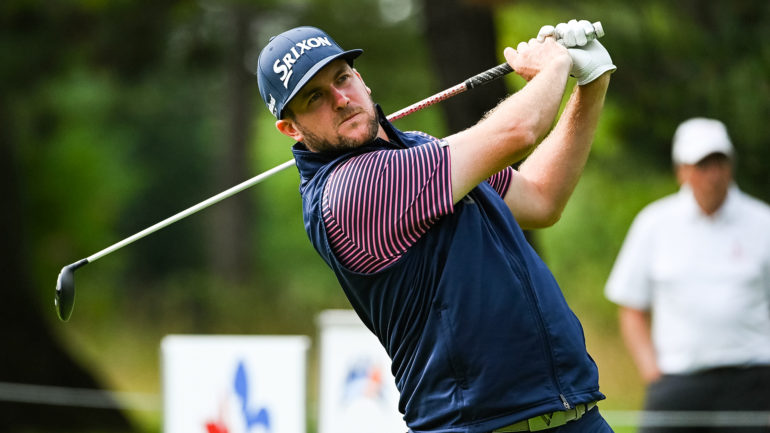 PANAMÁ CITY, Panamá — Taylor Pendrith backed up his opening-round 63 at the Panamá Championship with a second-round 2-under 68 to reach 9-under 131 through 36 holes. The Canadian leads Max McGreevy and Greyson Sigg by two heading into Saturday’s third round.

Beginning on the back nine, Pendrith stumbled out of the gate with a bogey at the par-5 12th. He made his first birdie of the day at the par-4 14th and began to settle in. He closed his opening nine with four pars to stay at 7-under for the week.

Pendrith, a member of Golf Canada’s Young Pro Squad, found his rhythm after making the turn. He carded birdies on Nos. 1 and 3 to reach 9-under for the tournament. The 28-year-old played his final six holes at even-par to take a two-stroke lead into Saturday.

“I’m pleased with 2-under. It could’ve been better probably, but it also could’ve been a few shots higher,” Pendrith said. “I think I should be in a good position for the weekend.”

After carding nine birdies on Thursday, Pendrith struggled with his ball striking during the second round. The Kent State University product instead relied on his short game Friday to stay atop the leaderboard.

“I played well but didn’t really hit as many greens as I did yesterday,” he said. “My short game definitely saved me. I hit a lot of nice chips shots and bunker shots and made a lot of putts again.”

Players faced complex conditions at the Club de Golf de Panamá on Friday as gusts of wind reached 23 mph. After playing in soft conditions on Thursday, the wind provided players a different challenge during the second round.

“It’s definitely firming up,” Pendrith said of the course. “I hit some drives that went way further than I expected and had to plan where to land the ball on some greens. It was windier today and I found it a lot trickier to try and get the ball close to the hole.”

Max McGreevy and Greyson Sigg sit T2 at 7-under 133. After opening with a first-round 70, McGreevy caught fire on Friday posting a bogey-free 7-under 63. The 24-year-old began his second round with birdies on three of his first four holes. He went on to make the turn at 4-under and tallied three more birdies over his final nine holes.

“I just finally got the putter rolling today,” McGreevy said. “I hit it well yesterday but just didn’t really get anything going. I made two 15-footers on the first two holes and just felt pretty confident the rest of the round with the putter.”

In 2019, McGreevy traveled overseas to play on the PGA TOUR Series – China. McGreevy made the cut in all 13 starts in China and added a victory and nine top-10s. His stellar play earned him Player of the Year honors and a return to the Korn Ferry Tour.

“Having such a solid year over there gives me a lot of confidence,” he said. “Every single time I step up to the tee box out here, I have that same mentality that I can hopefully be up at the top of the leaderboard every single week.”

Sigg, who began the day at 6-under, struggled over his first nine holes. Beginning his round on the back nine, the 24-year-old carded two bogeys against one birdie to make the turn at 5-under for the tournament. After beginning his second nine with five pars, he tallied birdies on Nos. 6 and 7 to get back to 7-under for the week.

“I knew I was right there and still playing good,” Sigg said. “I just wanted to give myself four or five looks coming in and I was able to make a couple of them.”

“I’ve been hitting it really well,” he said. “The last couple of weeks in The Bahamas, I felt like I didn’t really get much out of it. This week, I’m making a couple of putts and hitting it great and I’m looking forward to the weekend.”

Dan McCarthy, Seth Reeves and Grant Hirschman sit three strokes off the lead at 6-under 134. 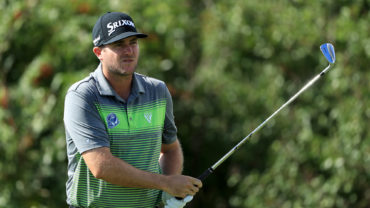