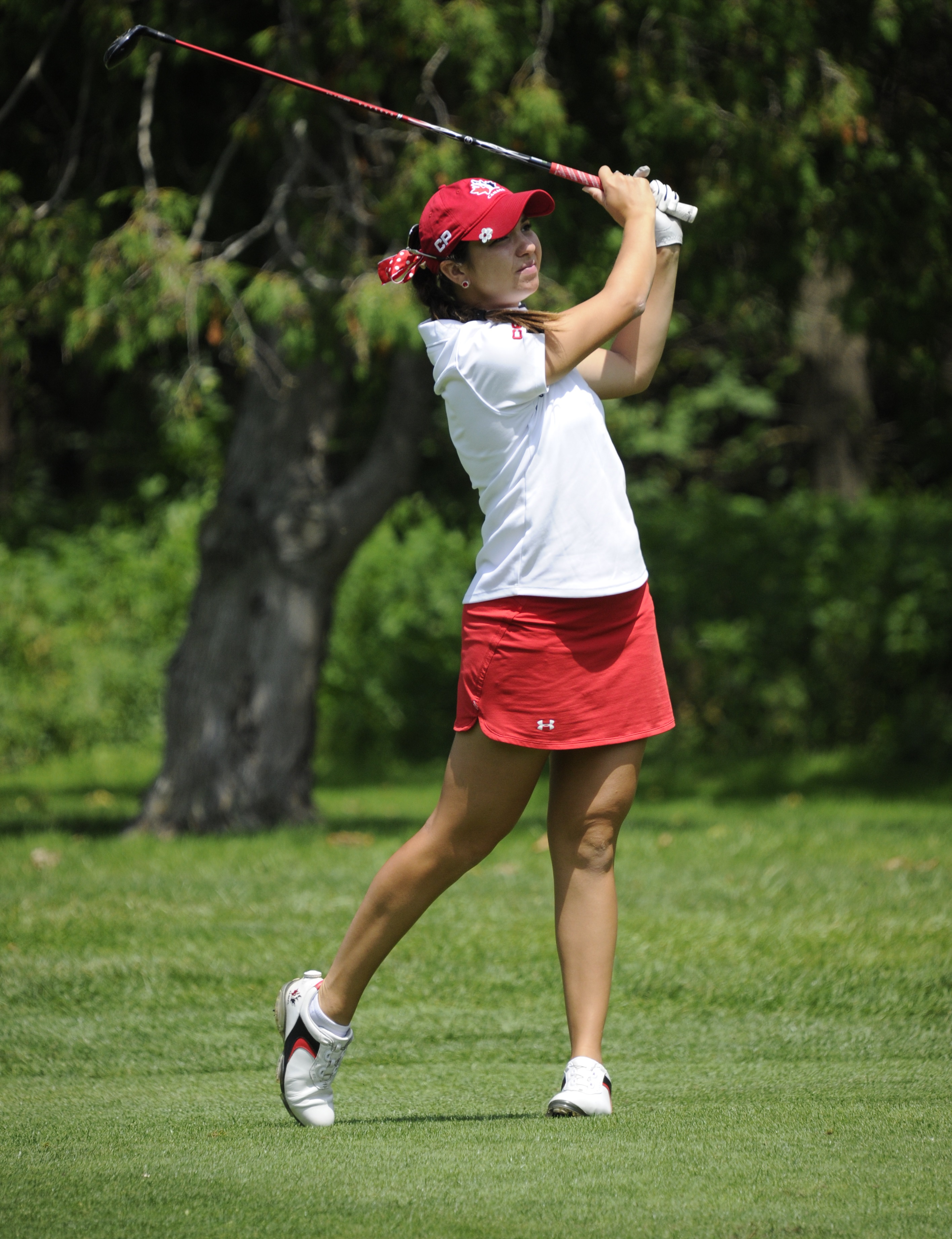 NORTHERN IRELAND, U.K. – Team Canada’s Brittany Marchand, Maddie Szeryk and Elizabeth Tong advanced through to the round of 16 on Thursday at the Ladies British Open Amateur.

25th seeded Marchand, an Orangeville, Ont. native, defeated 40th seed Leonie Harm of Germany in the morning’s round of 64 match, 1up. The 22-year-old N.C. State alumnus followed that up with another nail-biting victory over Spain’s Fatima Fernandez in the afternoon match, also 1up.

Dual-citizen Maddie Szeryk had a convincing victory in her morning match, besting 37th seeded Meghan MacLaren of England, 3&2. The Texas A&M sophomore went on for a 1up victory over Sweden’s Frida Kinhult.

Tong, a Thornill, Ont. native, just narrowly advanced through her first match, taking an extra hole to defeat 26th seeded Agathe Sauzon of France. The afternoon was a different story however, as the 39th seeded Tong defeated Spain’s Nuria Iturrios, 4&3.

Team Canada’s matches for Friday’s round of 16 at the Portstewart Golf Club are as follows: