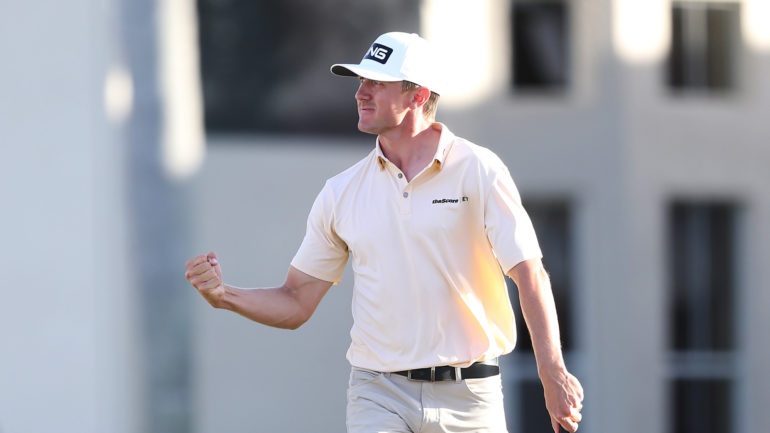 PALM BEACH GARDENS, Fla. – Moments after getting his first career PGA Tour win, Sungjae Im took a moment to reflect on what it means.

Not for himself – for his homeland, and for those dealing with a virus that has the world on edge.

The 21-year-old South Korean started fast and finished stronger Sunday, winning The Honda Classic by one shot over Mackenzie Hughes and two over Tommy Fleetwood for his first victory in 50 tries on tour. But before he could be whisked back to the course to collect the trophy, Im made sure to speak out about the coronavirus and tell those in South Korea – where nearly 4,000 cases have been confirmed – that he was thinking of them.

“Over in Korea right now, I know a lot of people are dealing with the coronavirus,” Im said. “And it’s kind of a huge deal with everybody. But I’m just glad as a Korean player that I can deliver some good news to the countrymen back home … to do something for the country and make everybody proud.”

Im shot a 4-under 66 on Sunday, finishing at 6 under to match the second-highest winning score since the Honda moved to PGA National in 2007. He was the tour’s rookie of the year last season, plus has played more tournaments and more rounds than anyone since the 2018-19 season began nearly a year and a half ago.

What a run. Let's hear it for Mackenzie Hughes on a thrilling performance at the The Honda Classic 👏🏼👏🏼 He finished runner up at 5 under par, one stroke back of champion Sungjae Im

And now, he’s a winner, picking up $1.26 million this week and becoming the Honda’s 10th international champion in the last 16 seasons.

Im birdied four of his first five holes, then birdied two of the final four – after sticking tee shots on the tough par-3 15 and 17th holes within 8 feet both times – to finish off the victory.

Hughes, a Canadian who made the cut on the number Friday, shot his second consecutive 66. Playing alongside Im, he was part of some serious fireworks on the last two holes and missed a birdie putt at the par-5 finishing hole that would have gotten him into a tie for the top spot.

“I love being in the mix,” Hughes said. “I love having a chance to win, and yeah, it sucks to come up one short, to fight that hard all day. I just kind of thought I was going to do it. But still proud of the way I fought this week.”

Fleetwood (71) was alone in third and is still seeking his first PGA Tour win. He started the day one shot clear of the field and started birdie-birdie to get to 7 under at that point – matching what was the low score in relation to par of the week.

Then PGA National did what it usually does, that being not let anyone run away from the pack.

Fleetwood made bogey on the par-4 6th and couldn’t get up and down from a greenside bunker on the par-4 8th, giving back what was left of his lead at that point. Fleetwood birdied the par-3 17th to get within one, but his approach at the par-5 finishing hole found the water to all but seal his fate.

“I was going well,” Fleetwood said. “My swing wasn’t there today. It wasn’t like a comfortable day … things weren’t quite there, but I hung in well.”

Once Fleetwood’s attempt at a miracle hole-out after a drop from 120 yards on 18 didn’t fall, Im could finally exhale as the winner. He hugged his caddie in the locker room, where he watched the last 20 minutes or so on a monitor.

“I’ve been in this spot many times. … I just felt like the experience really helped,” Im said through a translator.

Some of Im’s best moments have come when no one has been looking.

This picture says it all.

He was third at the Zozo Championship in Japan last October, a finish totally overshadowed by Tiger Woods tying the PGA Tour record of 82 career victories. And in November he went 3-1-1 to tie for the best showing by a player on the International team at the Presidents Cup, but the U.S. team captained by Woods rallied in singles on the final day to win the trophy at Royal Melbourne.

But this time, he was on centre stage and embraced the moment.

Hughes, of Dundas, Ont., and Im went to the par-3 17th green – the end of the “Bear Trap” three-hole stretch – in wildly different spots. Im stuck his tee ball to just inside of 8 feet, while Hughes had nearly 55 feet left from above the hole.

Hughes rolled in his most improbable birdie to an enormous roar, pulling into a tie with Im at 5 under.

If Im was worried, it didn’t show.

Im took a couple looks at his downhill line, took his putter back just a couple of inches and watched the ball roll in for a birdie that allowed him to reclaim his lead at 6 under – which, he hoped, created a bit of relief at home.

“Right now, all I can do is pray for the best and just hope moving forward that not many more people get affected,” Im said. “Hopefully, this virus can calm down and sort itself out very soon.” 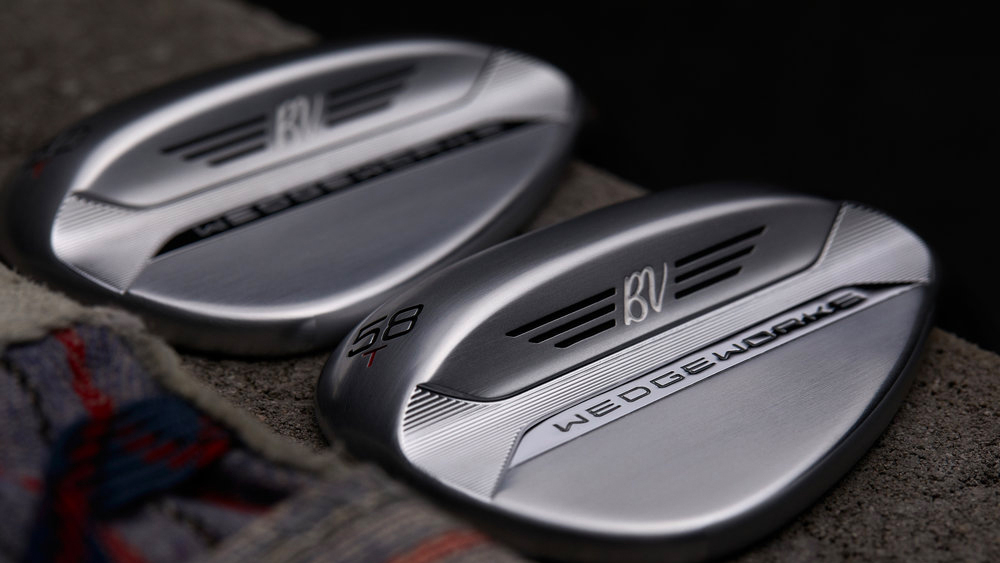