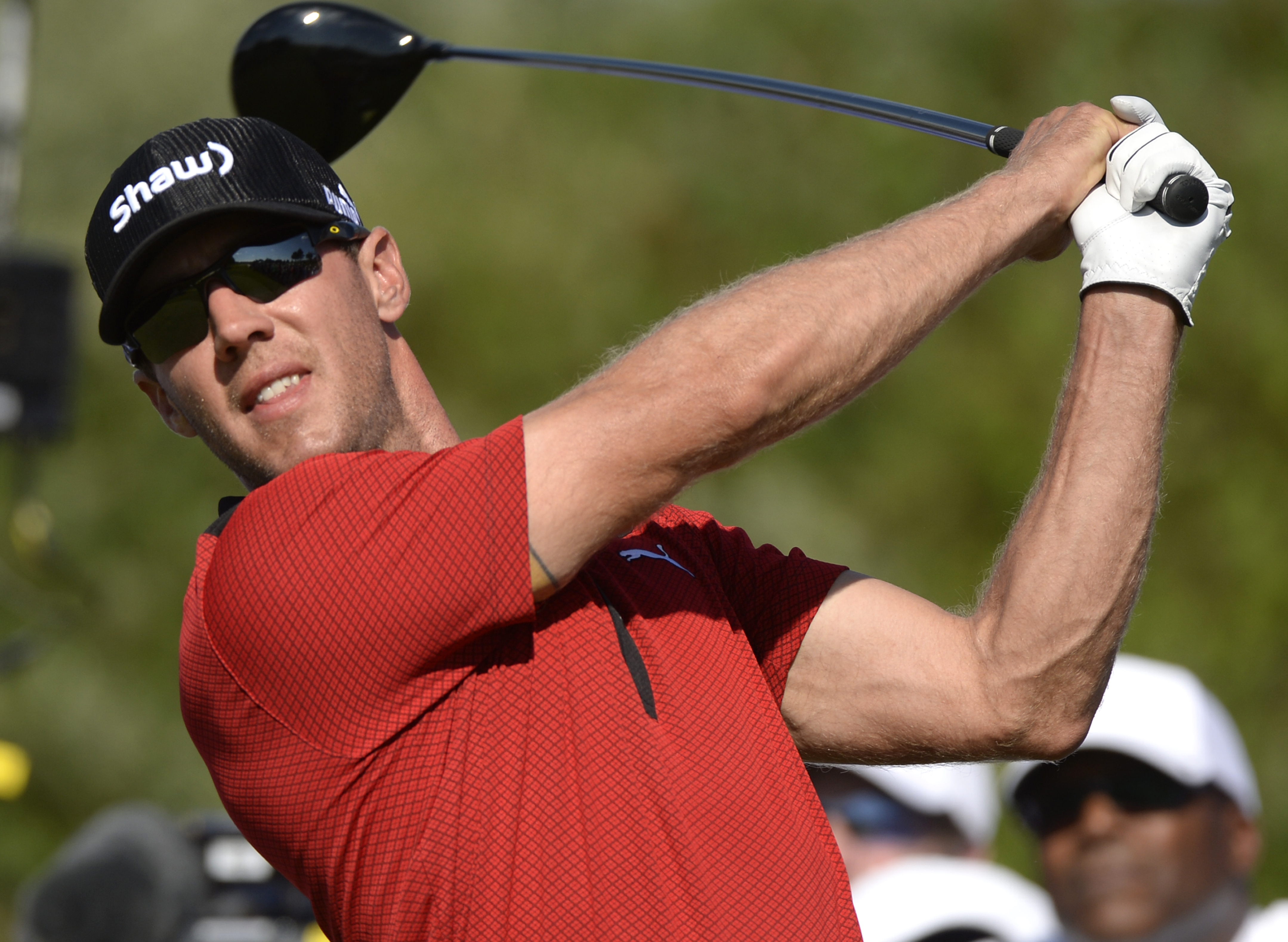 The Weyburn, Sask., native injured his left thumb during the first round of the RBC Canadian Open but still finished his round and expects to keep playing Friday. Frustrated by the injury, DeLaet was glad to shoot even-par 72 Thursday to sit eight strokes off the lead.

“I was able to kind of grind away there at the end with a couple good birdies on 16 and 18,” said DeLaet, who was injured on the 12th hole and double-bogeyed No. 17. “We (tee) off tomorrow morning. As long as I feel healthy, if I can shoot 4- or 5-under, (I can) kind of just slowly kind of creep back in this tournament.”

DeLaet said he wasn’t able to move his hand back on drives and felt pain when he released on shots. That caused the ball to flare right, something he had to compensate for.

As for what’s next DeLaet guessed doctors would tell him to ice his hand and possibly give him some anti-inflammatory medication.

“This tournament means a lot to me,” he said. “Hopefully we can get it figured out.”

DeLaet is one of 16 Canadians in the field this week at Glen Abbey Golf Club. David Hearn and Adam Svensson were tied as the low Canadian at 3-under 69.

“Took advantage of the par-5s really nicely,” Hearn said. “I’m obviously not too happy I made bogey on the last there, but I’m still within reach of the leaders. I certainly didn’t play my way out of it.”

The same could be said for Svensson and Nick Taylor and Roger Sloan, who shot 2-under.

Taylor, who his first PGA Tour event in November at the Sanderson Farms Championship, noticed a little more fan support than in past events. But he considers the high expectations for Canadians in the Canadian Open a self-created thing.

“I think we pressure ourselves,” Taylor said. “We just really want to play well just for this tournament for the fans, being the one tournament a year in Canada. But it’s nothing but support that all the fans have given us. It’s more ourselves.”

A Canadian hasn’t won the event since Pat Fletcher in 1954.