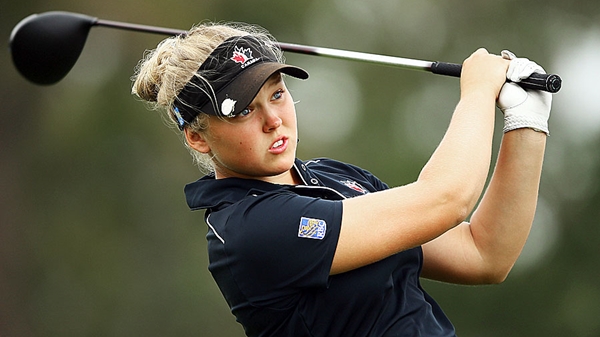 Henderson, a Smiths Falls, Ont., native, carded a four-under 209 (68-72-69), recording nine birdies at the Roanoke Country Club on her way to the title. She was the lone Canadian playing in the girls 15-18 event.

With the win, Henderson adds to an impressive year that features a win at the South Atlantic Amateur and a T26 finish at the LPGA’s Kraft Nabisco Championship.

The 16-year-old entered the tournament as the No. 3 ranked female amateur in the world according to the World Amateur Golf Rankings (WAGR). This finish could see her catapult to the top.