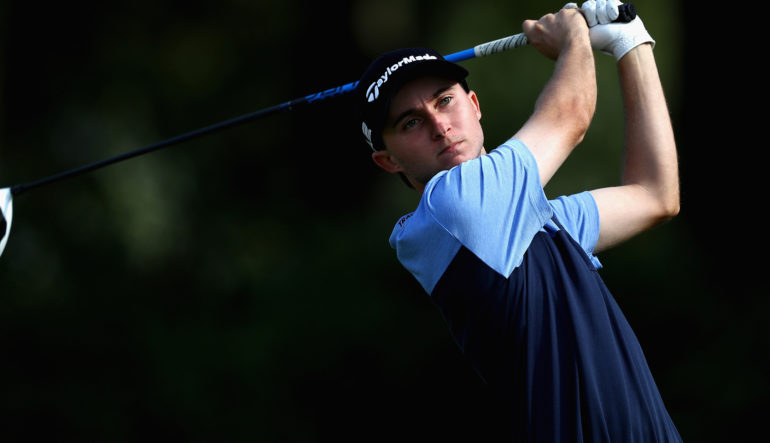 SPIJK, Netherlands – Romain Wattel shot a steady 2-under 69 Sunday to finish 15 under and win the KLM Open, the Frenchman’s first victory in 187 tournaments on the European Tour.

Wattel, who posted a 7-under 64 to move into contention on Saturday, had four birdies and two bogeys in the final round and parred his final seven holes to close out his maiden win.

The 26-year-old Frenchman said he has been struggling for two years with his putter, but finally found his touch again this week.

“My putting was very, very good,” he said, “I knew that if I could get to the green in regulation I was fine.”

Overnight leader Kiradech Aphibarnrat of Thailand blew his chance of victory by finding the water and shooting double bogeys on the 15th and 18th holes. He finished on 12 under in a five-way tie for ninth.

Aphibarnrat was in the middle of the fairway on the 18th, but dumped his second shot into the water as he attempted to reach the green in two. He slammed his club into the grass and hung his head as he walked after the ball.

Aphibarnrat’s implosion on the 18th left Austin Connelly of Canada alone in second place after he shot his second consecutive round of 66 to finish one shot behind Wattel. Connelly discussed his chances at securing a European Tour card in his post-round interview here.

Six players, including Lee Westwood and fellow Briton Eddie Pepperell, tied for third at 13 under.

In his last round as a 20 year old @AustinConnelly9 shoots a final round 66 to set the clubhouse lead. pic.twitter.com/2DNnsMP3tO