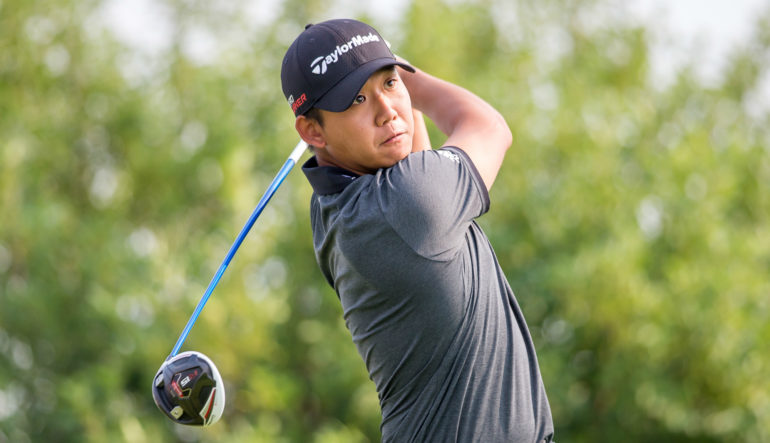 Albin Choi, a veteran of the Team Canada Young Pro Squad, is T5 heading into the final round of the Web.com Tour’s BMW Charity Pro-Am Classic presented by Synnex Corporation.

After three rounds, the Toronto product is 15-under par, four shots back of the 54-hole leader—Germany’s Stephan Jaeger.

After 36 holes, Choi was in a tie for 14th, thanks to rounds of 66-67. On moving day at Furman University Golf Club in Greenville, S.C., Choi fired another 66 to climb nine spots up the leaderboard.

On Saturday, Choi birdied the first hole then gave it right back with a bogey on the second. After back-to-back birdies on three and four, Choi recorded four straight pars, before another birdie on nine, to make the turn at 3-under par.

On the back nine, Choi poured in three more birdies—without dropping any strokes—carding a 6-under par, 66 to put him in position to record his first top-10 of 2017.

In 2016, Choi had three top-10s on the Web.com Tour, including a T8 finish at this event. He is looking to improve on his 69th place finish on the Order of Merit last season.

A graduate of North Carolina State University, Choi has been on the Team Canada Young Pro Squad since 2014, and has spent a total of seven years on Team Canada.

Fellow Canadian Ben Silverman, is T17 at 11-under par after a third-round 70 (-1). Corey Conners, of Listowel, Ont., who is currently in the top-25 of the Web.com Tour’s Order of Merit and in position to obtain his PGA Tour card, is T57.