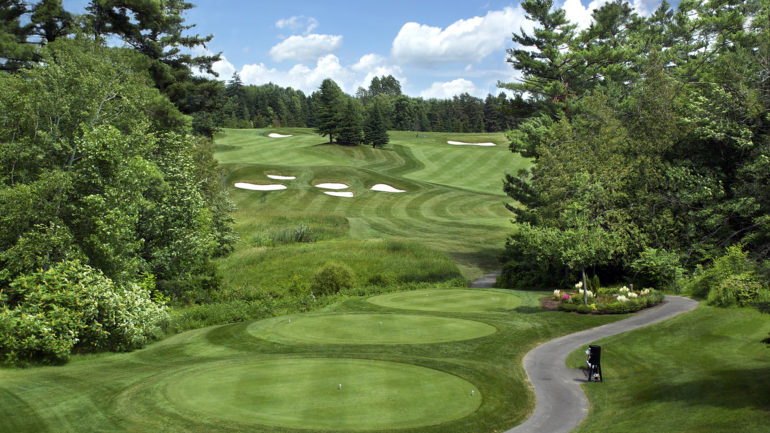 Ottawa’s Camelot Golf & Country Club will open its fairways to elite talent from across the globe when it plays host to the World Junior Girls Championship from Sept. 9-14, 2018.

The opportunity to host the week-long event spurs a sense of pride for Camelot’s membership.

“We’re truly excited to be sharing our course with the top girls from around the world,” said Greg Richardson, Camelot’s general manager & chief operating officer. “We’re invested in the growth of the game at all levels and are our membership is proud to do our part in hosting world-class championships.”

The 26-year-old club will provide an opportunity to showcase Canada’s capital to the world’s top 63 junior golfers from 20 countries across the globe.

“Being in the nation’s capital presents a lot of opportunities for visiting girls to explore, including museums, parliament buildings and embassies of their respective countries,” added Richardson. “We’re very proud to welcome competitors, coaches and spectators to Camelot and the great city of Ottawa.”

Many of the Canada’s top-ranked golfers have competed in the World Junior Girls Championship since its inception, including Team Canada Amateur Squad athlete and Camelot member, Grace St. Germain. LPGA superstar Brooke Henderson of Smiths Falls, Ont., who currently sits at No. 14 in the Women’s World Golf Rankings, competed in the 2014 inaugural competition.

“It’s a great tournament, a great championship… To be able to compete against the best in the world and represent Canada is really a dream come true,” said Henderson at a CP Women’s Open press conference in August. “I’ve been able to do that since I started my career. I think the best thing is just to have fun, to enjoy it, to embrace everything and try to use it as a learning experience.”

In 2017, Spain completed a thrilling comeback to overcome an eight-stroke deficit in the final round, unseating the 54-hole leading Koreans in the first team playoff in championship history. Seo-yun Kwon salvaged redemption for the Korean trio, capturing medallist honours in the individual competition – also in the first extra hole.

Admission to the championship is complimentary all week.

Learn more about the championship at www.worldjuniorgirls.com