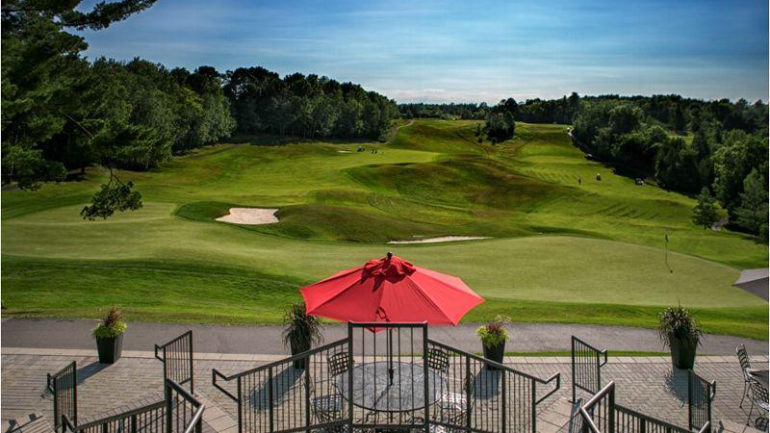 Jennifer Chang has moved on to become a second-year member of the University of Southern California’s golf team, but her memories of participating in two World Junior Girls Championships remain fresh in her mind.

“This event is not like any other junior event,” said Chang. “The World Junior Girls is such an amazing event to play in and represent your country. I was lucky enough to compete in this event twice and so to have that opportunity to enjoy this with great teammates along with the captains makes it more special.“

Chang, of Cary, N.C., was named to the All Pac-12 First Team after her freshman year at USC. She was one of approximately 60 golfers who took on The Marshes Golf Club in Kanata (about 15 minutes west of downtown Ottawa) a year ago (finishing tied for 21st), and about 50 golfers who played at Mississaugua Golf and Country Club in 2017 (where she finished runner-up).

This year the World Junior Girls Championships remains in Ottawa, and heads to Camelot Golf and Country Club in Cumberland, about 20 minutes east of downtown Ottawa.

There will be 63 golfers competing from 20 countries around the world, and in addition to the 72-hole team and individual golf competitions, there will be a celebration of the sport all week long.

Greg Richardson is the General Manager of the club – established in 1991 – and he said Camelot would be leaning back to the set-up from the Men’s Amateur somewhat this fall.

However, the course underwent some “major” bunker work after that event and said those changes were very successful, which led to the course hosting a handful of other big-time events.

“It’s something different than what they’ve seen in the Ottawa area in the past,” said Richardson of his club. “It’s a bit of a different layout in terms of the front nine, presenting more as links-style… and then you move to the back nine and you get some elevated tees and elevated greens and some interesting layouts. There are different choices and risk/reward holes which will be a challenge for (the golfers) but also enjoyable.”

Richardson said his members have been thrilled at the opportunity to host some of the world’s best amateur golfers in a few weeks time.

About three years ago the members were presented with a strategic plan for the golf course moving forward, and part of that plan was to bring some of the best golfers in the world to experience what Camelot has to offer.

“If we’re going to be a championship golf course, then our definition of championship means we’re going to host championships,” said Richardson. “They’re excited about having them. There is a good volunteer base that is excited to come out and help. They enjoy seeing the course put in high esteem and have some of the country’s best – and in this case, the world’s best players – come to try to take the challenge on.”

Although Chang was a top amateur in the United States over the two years she participated in the World Junior Girls, it was still a unique opportunity for her to indeed test her mettle against some not-so-familiar faces.

“When competing in tournaments across the (U.S.) you run into the same people, but at the World Junior Girls there were so many unfamiliar faces, and to have the chance to meet people from different continents was unreal,” she said. “You get to learn about the different cultures and languages from the girls. I had such a phenomenal time playing in the World Junior Girls definitely wish I could go back.”

Chang said between the camaraderie and the experience overall has been beneficial for her as she moved into her collegiate career and then, hopefully, onwards to the LPGA Tour.

Camelot will be a difficult challenge this September, but Chang said the most important thing for the participants this year is to just enjoy themselves.

“As golfers we always want to perform our best anytime we are playing, but sometimes we forget that you have to have fun,” she said. “That’s what this tournament is all about: having a once in a lifetime experience where not many golfers have the chance to compete, and enjoying the time with your team and other players.”