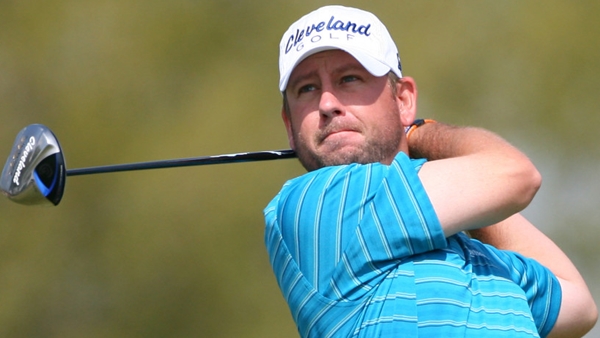 Ted Brown moved seven spots up the leaderboard at Web.com 2nd stage qualifier into a three-way tie for fifth by carding an even par 72 at Deerwood Golf Club in Kingwood, Tex. on Thursday.

On a day when the average score from the field was well above par, the Peterborough, Ont. native was able to play steady golf, staying at even par for the tournament thanks to an eagle on the tough 7th hole.

Devin Carrey of Burnaby, B.C., Albin Choi of Toronto, and Mackenzie Hughes of Dundas, Ont., who all came into Thursday’s round within a couple strokes of Brown, succumbed to the tough conditions during Rd. 3 and posted uncharacteristic scores.

At the qualifier in McKinney, Tex., Cam Burke was the only Canadian to shoot under par, carding a 1-under 71 at TPC Craig Ranch.

A native of New Hamburg, Ont., Burke moved up 12 spots in his field into a four-way tie for 21st spot with countryman Beon Yeong Lee.

Justin Shin of Maple Ridge, B.C. and Taylor Pendrith of Richmond Hill, Ont. also struggled to execute Thursday. Shin, who began the day tied for 33rd with Burke, dropped seven spots into 40th after a 3-over par 75, while Pendrith shot an 80 to finish the day in a tie for 67th place.

Across the country at Southern Hills Plantation in Brooksville, Fla., where playing conditions were more conducive to lower scoring, four of the five Canadians competing carded under par rounds.

Christian Westhorpe, who began the day atop the leaderboard in 8th place, made four bogeys and a double in Rd. 3 en route to a 4-over par 76. He is currently tied for the 41st spot.

Two spots behind Westhorpe is Matt Hill of Brights Grove, Ont., who improved four spots with a 1-under par round of 71.

Christopher Ross (T51) of Dundas, Ont. brought himself closer to contention with a 4-under par 68, but will need to finish strong to advance into next month’s final qualifying.

For complete results of all three tournaments, click here.