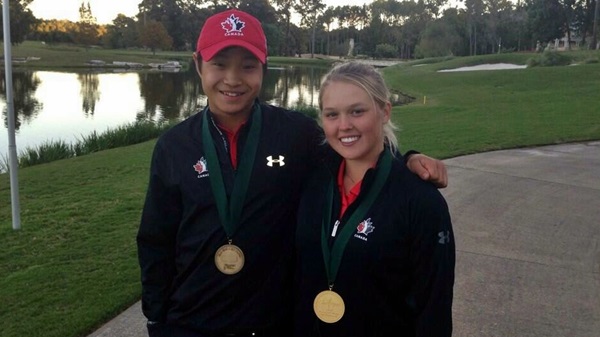 Henderson, 16, finished at 13-under in the rain shortened 54-hole tournament. The Smiths Falls, Ont., native held off Mathilda Cappeliez, who finished at 12-under for the championship.

“I was definitely aiming for the gold, but I really was trying to help my team the most,” said Henderson. “This is one of my absolute favorite tournaments. I’ve wanted to come back ever since I was here two years ago.”

In the overall team competition the Canadian contingent of Henderson, Jaclyn Lee of Calgary, Etienne Papineau of St-Jean-sur-Richelieu, Quebec, and Tony Gil of Vaughan, Ont., finished in eighth place at 15-under 417. The Canadian squad finished 18 strokes behind Team USA who captured the overall championship after firing 33-under over 54 holes.

For more information, visit The Spirit International website at www.thespiritgolf.com.