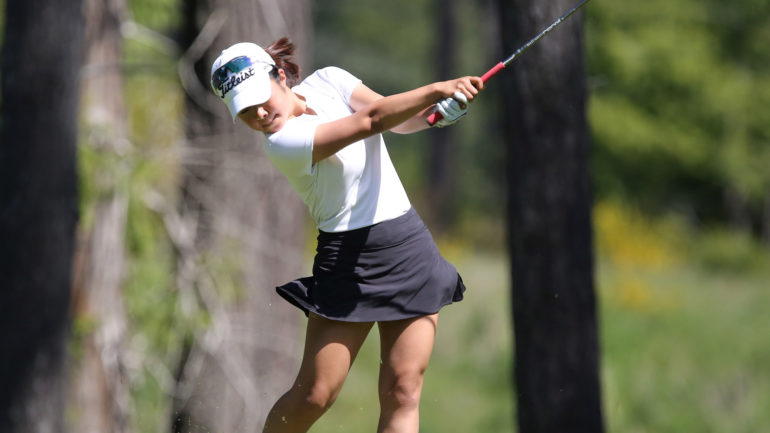 Golf courses have become a refuge of sorts for British Columbians seeking wide open spaces during the COVID-19 crisis.

In fact, getting a tee time has been almost as tough as finding toilet paper on store shelves was in the early days of the pandemic. Tee sheets at many B.C. golf courses have been filled from dawn to dusk with golfers following strict social distancing protocols as they go in search of birdies.

“I guess the best way to say it is all the tee times we are offering are spoken for, which is great,” says Hal Eremko, head professional of Burnaby Golf Services.

“We have so many customers who are dying to get back with us and play. For every tee time we fill, we are probably annoying four other people right now. It really is too bad, but as things open up, hopefully that will alleviate itself a little bit.”

One of the reasons things have been so busy is due to the fact that courses are offering fewer tee times per hour than they normally do to ensure social distancing. Some opened with tee-time intervals of 15 minutes, meaning they were sending off only four groups per hour.

Burnaby’s two 18-hole layouts, Riverway and Burnaby Mountain, reopened May 1 with 15-minute tee times but quickly dropped to 12 minutes when it became apparent that traffic on the courses was moving smoothly. Both courses normally operate with eight-minute tee-time intervals. “Except for rainy days we pretty much have had each of our tee times spoken for from 6 a.m. until past 7 at night,” Eremko says.

No one has had a busier spring than the three courses owned and operated by the West Coast Golf Group. While most courses in B.C. closed sometime in March, Hazelmere in Surrey, Belmont in Langley and Swaneset Bay in Pitt Meadows were among a handful that remained open.

“We developed our protocols starting with the raised cups and removing the bunker rakes and ball washers,” says Troy Peverley, vice-president of the West Coast Golf Group. “We had our protocols changing daily as we went and we worked with the National Golf Course Owners Association to keep on top of that.”

The WCGC did a record number of rounds in April. “It is definitely busier than normal,” Peverley says. “During that period of time when very few courses were open, we were extremely busy and were turning away as many people as were golfing. But it is still busy.”

It’s the same story throughout British Columbia. Cordova Bay in Victoria has been booked solid since reopening. “There is a fair bit of pent-up demand,” says Brian Hann, lead teaching professional at Cordova Bay. “With most courses going to a little wider interval of tee times we have like 20 per cent less inventory in tee times. Our tee times are booking up right at the booking window which for us is two weeks in advance.”

Cordova Bay reopened its 18-hole public course on May 1, while its par 3 course opened for play on May 18. Tee-time intervals on the 18-hole course are presently 10 minutes, versus the regular eight.
Hann and others in the industry say golfers have been good about following the social distancing protocols that have been put in place. “The support we have gotten has been great,” Hann says. “People are more than happy to support any of the safety protocols we have introduced. They are all over it.”

Golf courses in British Columbia were never ordered to close, although many did in the early days of the pandemic. But with proper social distancing measures in place, it quickly became apparent that golf courses were a safe place to be.

Provincial health officer Dr. Bonnie Henry has been encouraging British Columbians to spend some time outdoors and golf courses have become a popular way to do that. “Most golf courses are built on areas in excess of 100 acres which provides plenty of spacing and distancing for the golfers to maintain their physical distancing which I think will be with us for a long time,” says Andy Hedley, vice president of operations with the GolfBC Group. “So I think we have a great product that meets all the criteria our provincial health officer is stipulating.

“It is very easy to play golf and maintain at least a six-foot spacing between each player. In fact, that would be an absolute bare minimum. I have played a couple of times this year and most times there’s no need to get within 20 feet of a playing parter. It’s obviously great exercise and great for the mental health to get out, get some fresh air and enjoy the outdoors.”

GolfBC is Western Canada’s largest golf course operator. Its B.C. holdings include Gallagher’s Canyon and Okanagan Golf Club in Kelowna, Olympic View in Victoria, Mayfair Lakes in Richmond and Nicklaus North in Whistler. Dan Matheson is general manager of the 36-hole Okanagan Golf Club facility, which includes the Quail and Bear courses. Both courses have been extremely busy since opening in late April.
“We tracked it right away and it was like, gosh, we are awfully full,” Matheson says.

“It would appear our members are playing about 35 per cent more. For some it may be because they are not working right now, they are absolutely not traveling anywhere else to do it and up until very recently there were no choices. You could go hiking or cycling, or maybe go fishing. Golf was the one thing where you could actually have some activity and it was social. You got to hang out with your buddies. It was allowed. I think the golf course was the one place where you could still have social interaction and get out in the fresh air and sunshine, walk around and feel like you had done something. Those reasons combined have resulted in people playing lots of golf.”

The hope in the industry is that over the long term golf may see some benefits from these challenging COVID-19 times. Many regular golfers are playing more than they have in many years and some who have left the game have come back. Others are giving golf a first try. “We are lucky we are the first sport to open up so we are getting a lot of folks who are just dying to get out and do something,” says Eremko.

“So we are seeing some range customers we have never seen before. They just want to do something and the fact they get a chance to maybe hit one ball on the range that just goes crazy is a real eye-opener. It has been a bit of a sales point for us which is kind of cool. The other opportunity is people are recognizing that if this game is this safe and it is the first to open, here is something that I should maybe be doing more of long term.”

As good as business has been, plenty of challenges remain. Until recently all food and beverage and retail operations at most courses have remained closed. Clubhouses and pro shops are just beginning to reopen at many courses. “Food and beverage is probably bigger than most people realize,” says Hedley. “It’s a huge part of our business. Many of our restaurants are stand-alones in terms of their marketing and branding and they do very well. Obviously now we will have limited numbers, limited seating, but we want to work within the confines of the protocols that are given to us and you just hope to build on that.”

Tournament play has also been virtually eliminated, at least for the immediate future. “With no gatherings of more than 50 people allowed, that pretty much puts every tournament out of commission for the foreseeable future,” Eremko says. “That’s tough on charities.” That 50-person limit has also hit the wedding business of many courses. “That’s a huge part of our business at Swaneset,” says Peverley. “We are booked up to two years in advance and every week we have multiple weddings.”

For now, those wedding aisles are empty. The fairways, on the other hand, have plenty of traffic. 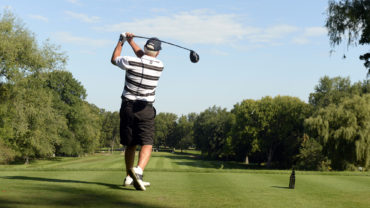 Golf season to kickoff May 20th in Quebec 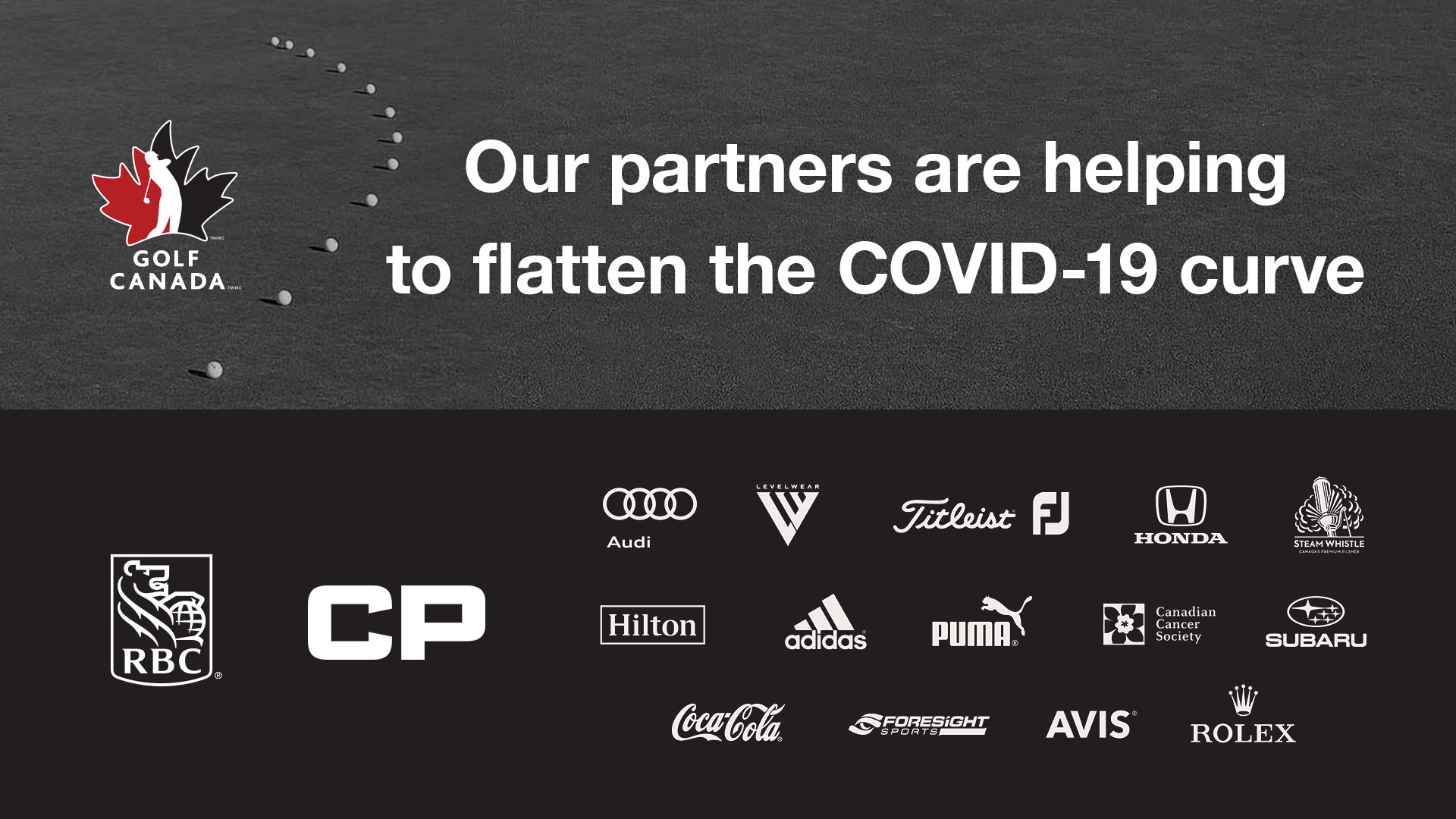