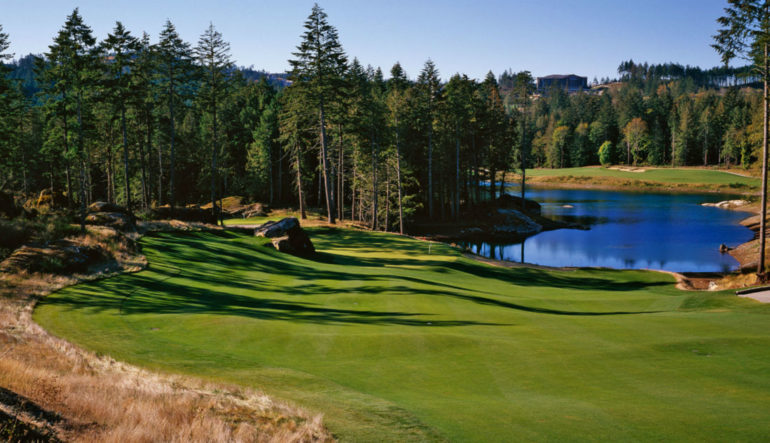 VICTORIA, B.C. – Golf Canada’s first regional junior golf championship of 2018 is set to take place this week as the Future Links, driven by Acura Pacific Championship gets underway at Bear Mountain Golf Resort in Victoria, B.C., from May 11-13.

With support from British Columbia Golf, the Future Links, driven by Acura Pacific Championship is the first of six regional junior championships presented in partnership with Acura. The 54-hole stroke play tournament begins with a practice round on May 10 before the tournament gets underway with round one action on May 11.

“We are looking forward to opening the 2018 championship season in Victoria,” said Susan White, the Tournament Director and Senior Manager of Field Operations for B.C Golf. “The Future Links, driven by Acura Championships, are fantastic opportunities for Canadian junior golfers to demonstrate their skills. We look forward to seeing this substantial field of juniors challenge the Valley Course.”

The field will consist of 88 junior golfers in the junior boys’ division with the top six earning exemptions into the 2018 Canadian Junior Boys Championship on July 30-Aug. 2 at Medicine Hat Golf & Country Club in Medicine Hat, Alta.

The junior girls’ division will consist of 32 golfers with the top six (including ties) earning an exemption into the 2018 Canadian Junior Girls Championship on July 31-Aug. 3 at Beach Grove Golf Club in Tsawwassen, B.C.

Additional information regarding the 2018 Future Links, driven by Acura Pacific Championship, including participants, start times and up-to-date results can be found here.

Admission to the event is open to the public at no charge.

ABOUT THE COURSE
Bear Mountain’s Valley Course opened in 2009 and was designed by Nicklaus Design Group Inc.

The signature features of the course are elevated tee-boxes, large undulating greens and striking views of Vancouver Island.