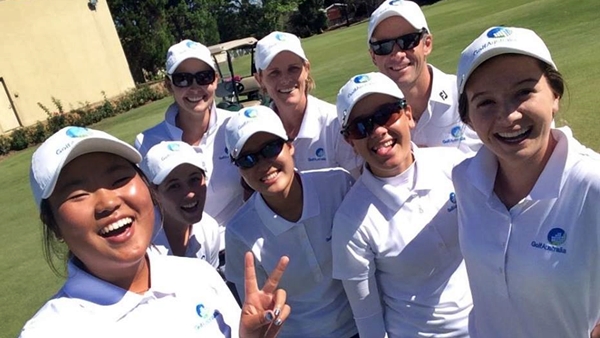 “We came in this week not really knowing what to expect, especially in a match play format against some girls we hadn’t really seen before, and they just really came together well,” said Cutler, Australia’s Team Manager. “When you think we’ve lost two of the best amateurs we’ve seen in years, it was a fantastic achievement and perhaps the greatest part of it was that it shows the depth of talent we’ve got coming through.”

With the victory, Australia has won the Astor Trophy in four of the last six times it has been contested. They put an end to Great Britain & Ireland’s bid to win their third straight title, coming from behind to take away their early lead.

On the sidelines with a final round bye, GB&I finished with 15.5 matches won—3.5 behind Australia. New Zealand finished in third (15) and South Africa followed in fourth (12).

Meanwhile, the Canadian quintet’s effort to pick up their first win of the tournament was stopped short by New Zealand, falling 5-2. Canada’s Development Squad halved one of the morning foursome matches while losing the other, 2&1.

The Canadian contingent will look to get back on track next week when they tee-it-up at the Australian Amateur, running from Jan. 20–25.