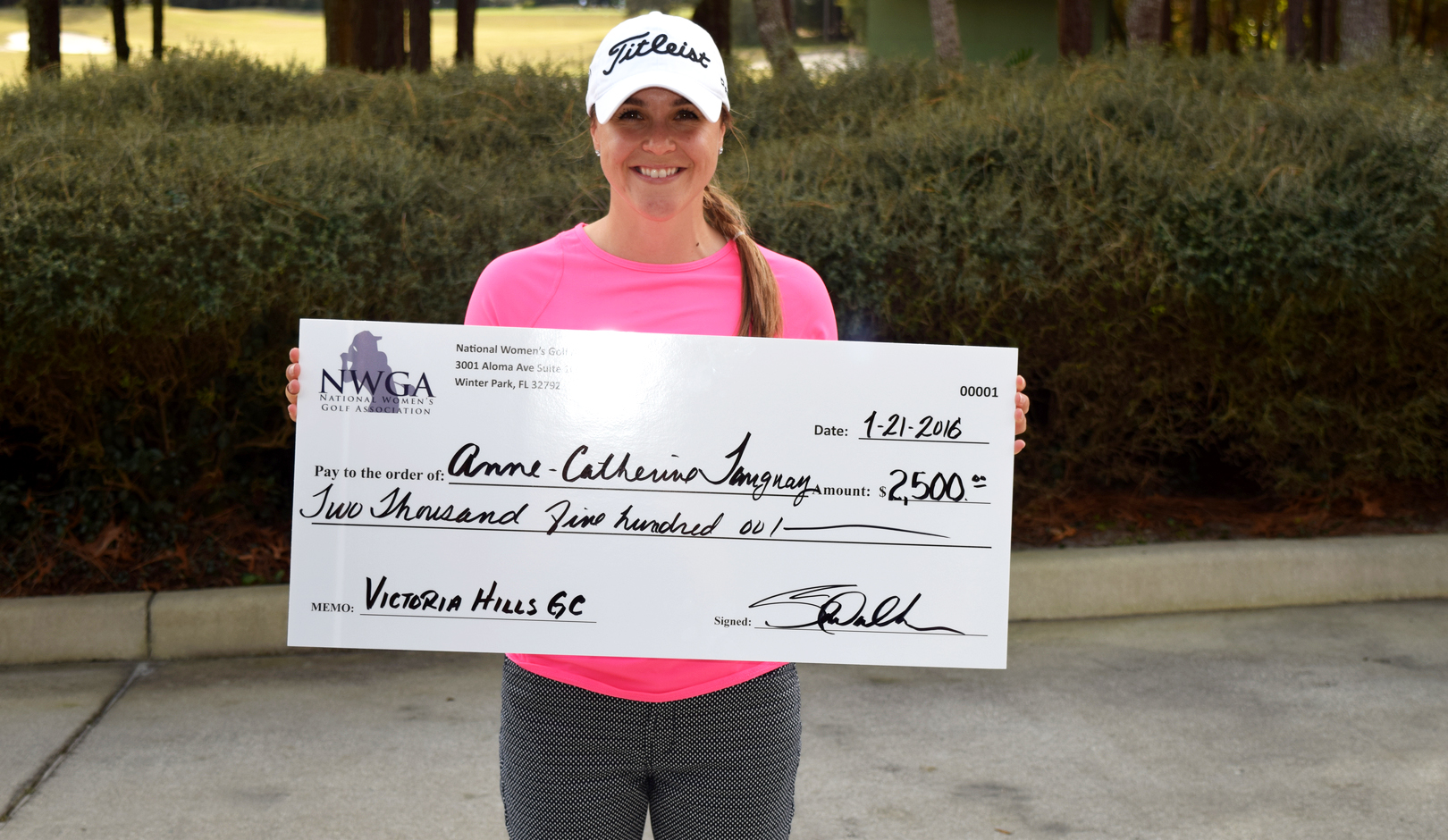 The Québec native finished at 6-under 210 (68-71-71) to secure a four-stroke victory over a trio of players, including Calgary native and 2015 National Amateur Team member Jennifer Ha, who completed the day with seven birdies en route to a 68.

Tanguay – who represented Canada on the junior-aged Development Squad (2009-10) and the National Amateur Team (2011, 2014) – began the day with a one-stroke lead, but a bogey-free 2-under 34 across the back nine propelled the former University of Oklahoma Sooner to victory. The 25-year-old was perfect across the back nine over the tournament’s three days.

Last month, Tanguay finished T36 at the final stage of LPGA Q-School to earn conditional status for the 2016 season.

Augusta James of Bath, Ont., – another former National Amateur Team member – completed the competition with a third-round even-par 72 performance to finish in a three-way tie for sixth.