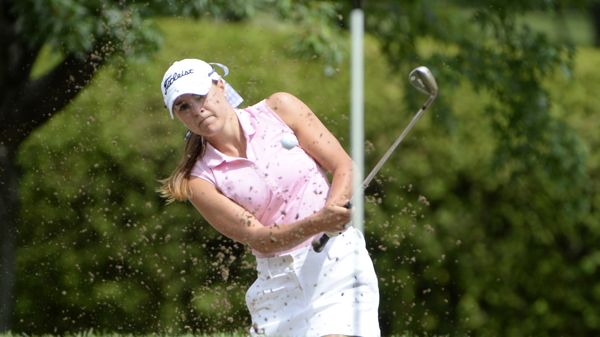 Tanguay, a former member of Team Canada, leads by a single stroke over Team Canada’s, Brooke Henderson, 15, of Smiths Falls, Ont. Tanguay’s 2-under 69 round tied for best of the day – she currently sits at 5-under 208 for the tournament (71-68-69).

“I played conservative because that’s what I had to do,” said Tanguay. “Tomorrow I will just have to stay calm and stick to my game plan.”

After a triple bogey on the 12th hole, Tanguay birdied four of the next five holes for a total of five birdies on the day.

“I wasn’t happy [about the 12th hole], but I wasn’t mad either,” she remarked. “I just forgot about it quickly and moved on to the next hole.”