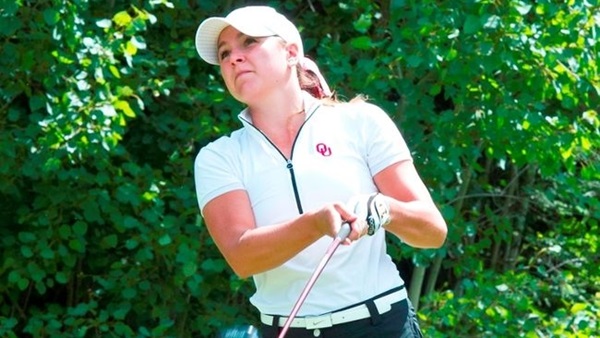 Anne-Catherine Tanguay of Québec City had great success at the Alamo Invitational from Oct. 27 – 29 at the Briggs Ranch Golf Course in San Antonia, Tex., finishing in a tie for a fifth.

Tanguay, a senior at Oklahoma University, fired three consecutive rounds in the red (69-72-71) to finish with a four-under 212. In total, the 22-year-old tallied 12 birdies and eight bogies. She was seven strokes off the medalist, Lindsay Gahm, an LSU student from Louisville, Ky.

Collectively, Tanguay’s efforts helped lift the Oklahoma Sooners to a first place team finish with a final score of 24-under. The Sooners carded a remarkable 12-under on the third and final day, giving them an eight stroke cushion over runner-up LSU.

Tanguay is off to another strong start in her collegiate career. She was named to last year’s All-Big 12 Conference Team and looks for a repeat performance this season.