Lee held a share of the lead after the opening round, but fell to second after 36 holes. The No. 2-ranked golfer on the World Amateur Golf Ranking sunk four birdies in the third round, moving herself to 10 under for the tournament.

“I played really solid today and had a good front nine,” said Lee. “On the back, I just stayed really patient. I made nine straight pars and played steady golf. It’s a really tough field and a lot of top amateurs are out here competing, so it’s always fun and exciting to be out here.”

After roaring into the lead with a first round of 6 under 66, Lee was quiet in round two, shooting 1 under. The USGA has committed to send at least two players to both the Canadian Men’s and Women’s Amateur Championship since 2017, and Lee’s play at the 2019 edition of the competition is a direct result of that commitment.

Round two leader Jennifer Chang (Cary, N.C.) shot even-par, leaving her at 7 under for the tournament.

Brianna Navarrosa (San Diego, Calif.) remained in third place, four back of Lee, with a round of 2 under.

The low round of the day belonged to Therese Warner of Kennwick, Wash. Warner shot 4 under 68, moving into fourth position at 5 under for the tournament.

The low Canadian heading into the final round is 12-year-old Michelle Liu of Vancouver. Liu was bogey-free in round two, but carded 1 over on Thursday, sitting in a tie for sixth. 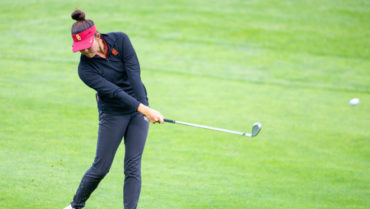