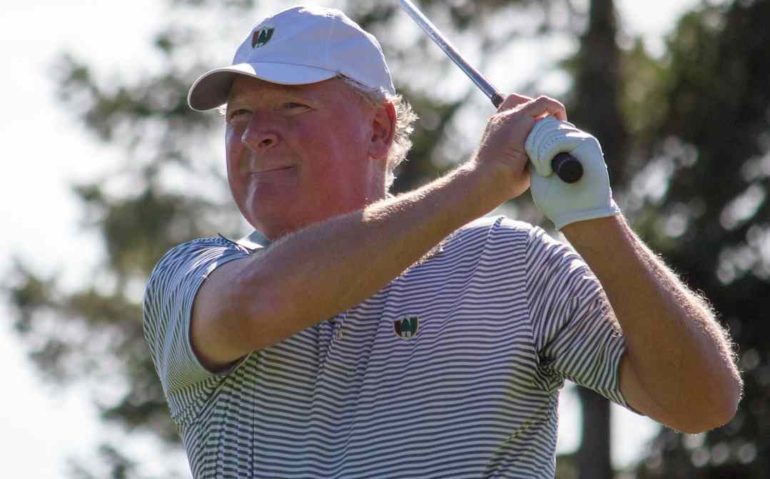 Elliott, who plays out of Glen Oaks Country Club, has enjoyed great success north of the border. The 57-year old won the Canadian Men’s Senior Championship in 2017 and finished third in 2018.

“Well, there’s still a lot of golf left – 18 holes – and no lead is big enough as far as I’m concerned,” said Elliott following his round. “Cedar Brae is a tough golf course; you’ve got to stay below the hole. If you can putt well, you can do well.”

Elliott is playing better than “well”. He’s one of just two players to sit under par after three rounds. Sandy Harper of Nanaimo, B.C., shot 69 Thursday and sits second at -3 (210).

🇺🇸 Gene Elliott holds a 6-shot lead heading into the final round of the #CDNSenior.

Tom Cameron of Oromocto, N.B.; Ashley Chinner of Brooklin, Ont.; Doug Hanzel of Savannah, GA,; and Lars Melander of Oakville all have a share of 3rd at 1-over par.

A 65-and-over Super Senior Championship is running concurrently throughout the championship. After 54 holes of play, Melander leads the pack at +1 (214).

“I’ve kept my head down this week and just tried to play as good as I can. Not get too excited or too down,” stated Melander. “That’s why I am where I am. Overall, I’m pretty pleased.”