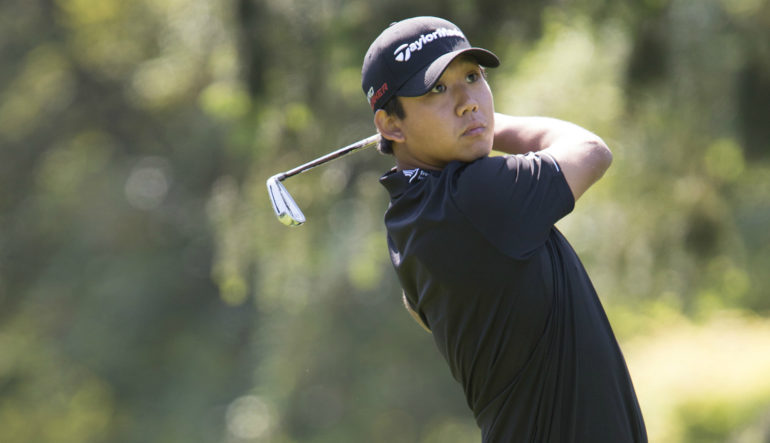 Albin Choi, a veteran of the Team Canada Young Pro Squad, finished T5 at the Web.com Tour’s BMW Charity Pro-Am Classic presented by Synnex Corporation, after Sunday’s final round was cancelled due to inclement weather.

The Toronto product finished at 15-under par, four shots back of the 54-hole leader, crowned champion Stephan Jaeger of Germany.

After 36 holes, Choi was in a tie for 14th, thanks to rounds of 66-67. On Saturday at Furman University Golf Club in Greenville, S.C., Choi fired another 66 to climb nine spots up the leaderboard.

A graduate of North Carolina State University, Choi has been on the Team Canada Young Pro Squad since 2014, and has spent a total of seven years on Team Canada.

Corey Conners, of Listowel, Ont., who came into the week 23rd in the Order of Merit and in position to obtain his PGA Tour card, dropped to 26th, just outside the top-25, after finishing T57.

Merritt, B.C., native Roger Sloan, the other Canadian inside the top-25 on the money list coming into the week, right at 25th, missed the cut and will drop to 28th.